Border points in Tatopani in Sindupalchok and Rasuwagadhi in Rasuwa, connecting China, have reopened after one and a half months.

Both border points had been closed by China following a rise in Covid cases across the border.

Officials at the Tatopani border point say they do not know how many trucks China will send to Nepal on a daily basis.

Both border points reopened as per the promise given by Li Zhanshu, the speaker of the Chinese National People’s Congress, to President Bidya Devi Bhandari. 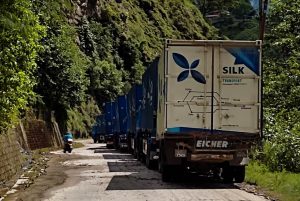