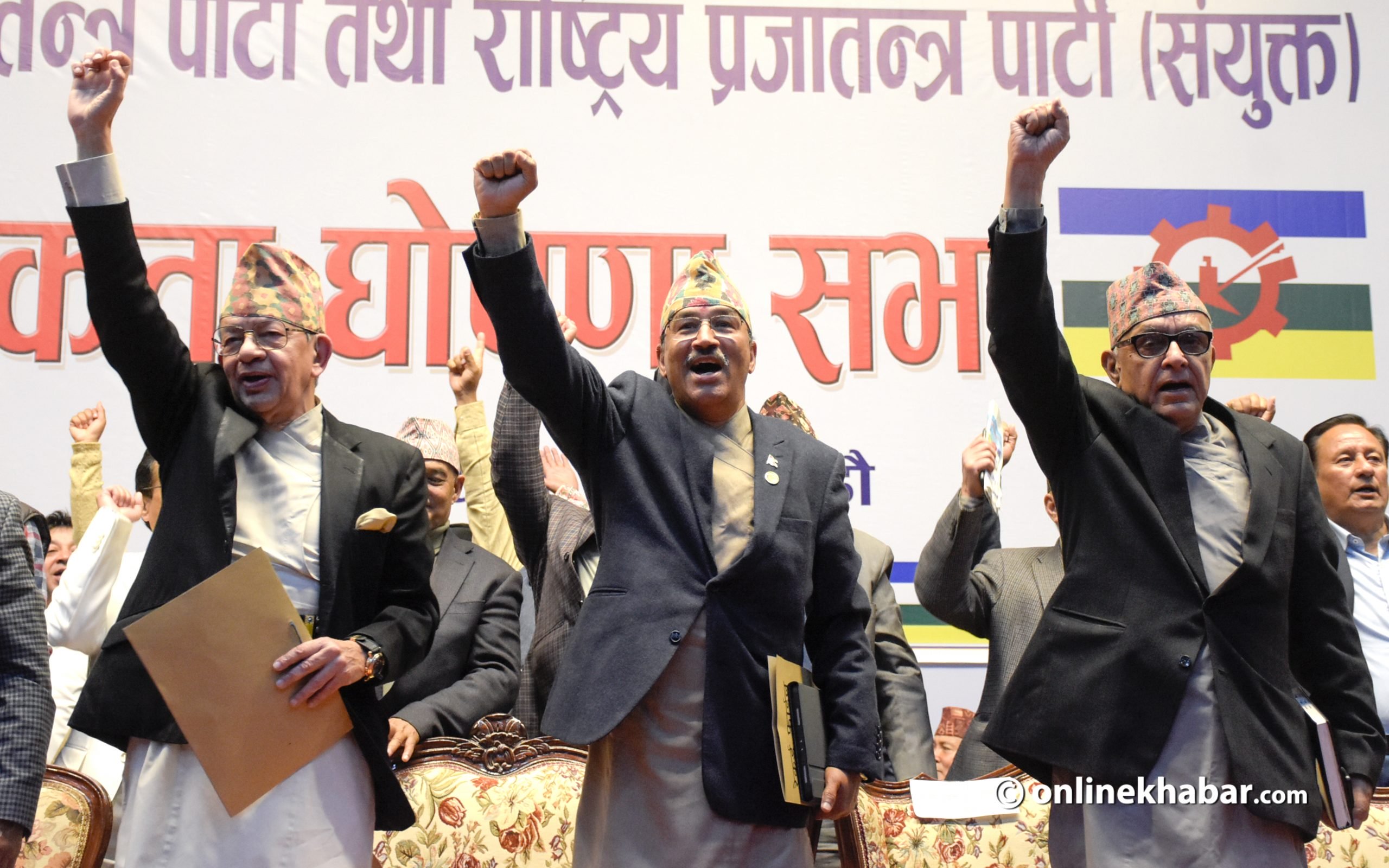 File: Three chairpersons of the Rastriya Prajatantra Party during their merger announcement function, in Kathmandu, on Wednesday, March 11, 2020.

Six months after the unification between two parties, Rastriya Prajatantra Party has decided its election symbol.

Among three chairmen of the party, Pashupati Shamsher Rana and Prakash Chandra Lohani were for plough whereas Kamal Thapa was lobbying for a cow as the poll symbol. Before the merger, Thapa’s party had a cow as the symbol whereas Rana and Lohani had plough.

A meeting of the three chairmen to be held on Tuesday will officially decide to propose a plough as the party icon, informs a party insider.

Earlier on Monday, the two factions led by Thapa, and Lohani-Rana held separate meetings to decide the poll symbol.

During the Thapa faction meeting, some leaders had opposed the use of a plough as the symbol claiming a cow was more popular among the public. However, Thapa had reportedly told them that he was going to compromise in order to save the unification. In a tweet on Tuesday morning also, Thapa claimed a cow would have been a better symbol for the party as it had been advocating for the resinstatement Nepal as a Hindu state.

The leaders will apply for registration with the Election Commission by demanding a plough as the poll symbol today, it has been learned. 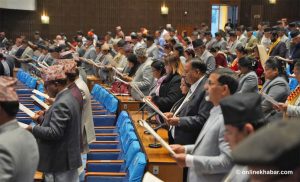 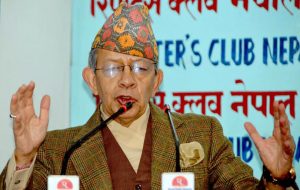