Realme C25Y is yet another budget smartphone released from Realme this year and it is soon to come to Nepal.

Realme has launched a number of budget smartphones like Realme C21Y, Realme Narzo 50A, Narzo 50i and Realme 8i in the past few months. These phones are now competing with the likes of Xiaomi and Samsung, the two market leaders of Nepal. The brand also has one of the most popular premium mid-range phones, GT Neo 2. It means Realme has been rolling out a lot of smartphones recently and Realme C25Y is another addition to their lineup for the year.

Overall, the new phone is expected to become just another budget-range phone with essential features that are somehow better and somehow worse than those of its competitors. In particular, the display and battery can be its biggest turn-ons.

Let’s get into the details of the phone

Realme C25Y has a typical budget-range smartphone build with a glass front, plastic back and a plastic frame. The phone has a textured surface on the back which gives a pleasant feel for the users and more importantly avoids fingerprints on the phone. The back houses a fingerprint sensor as well as the camera cut-out. The branding is also done neatly and looks good. The phone weighs around 200 grams and is 9.1mm thick; this will certainly make you feel its presence.

The phone features a 6.5-inch HD+ IPS LCD display that can achieve a peak brightness of up to 420 nits. The display has a screen-to-body ratio of 81.6%. Nothing great can be expected on the visual side of the phone.

Realme C25Y features a triple camera setup. The 50MP camera on the back is housed together with a couple of 2MP depth and macro sensors. On the front, there is an 8MP selfie camera. This is a typical setup and the photos do not come out brilliant as smartphones from Samsung and Xiaomi provide better results in a similar category.

The main camera on the back can record videos on 1080p resolution while the front has been limited to 720p only.

Realme C25Y runs on Android 11 with Realme UI R on top. This is a basic UI from Realme that offers limited action to the users. Powering the phone is a Unisoc T610 (12nm) chipset while graphics are taken care of by Arm Mali-G52.

The phone features a 5,000mAh non-removable Li-Po battery and supports 18W fast charging. The battery backup is really good and should get the users throughout the day without any worries.

Realme C25Y is another addition to the budget smartphone from Realme. Compared to its latest releases–Narzo 50A and 50i, the new phone settles in between the two of them. The phone has a basic feature that a budget phone should have. It has a 50MP camera for higher resolution photos though the quality of the photo may not be likeable. But, under good lighting, the photo should be fine. Hardcore gaming should definitely not be expected from the phone. Battery life is something commendable on the phone but charging it fully is a hassle as it only features an 18W fast charger that too with a micro USB cable.

Realme C25Y can be a good option for those who like big displays with a great battery backup. It can be an affordable option for students for online classes or for those who excessively use their phones for video streaming. If your requirement exceeds these, you better go for another smartphone. Realme 9i coming to Nepal soon: Why it’s sure to be a pick in the budget category 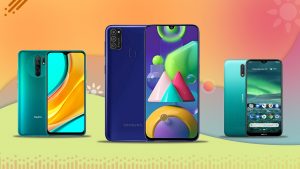