Realme C21Y is the latest smartphone from Realme. The brand has been growing exponentially over the past years and is now one of the biggest smartphone companies in the world. Recently, Realme was ranked the world’s sixth-largest smartphone company and also the fastest company to ship over 100 million smartphones worldwide. This shows there is a huge prospect for Realme phones in the coming days.

Their mid-range smartphone, Realme GT, is widely known as the brand’s flagship killer. This time, we got the phone into our hands for a review. We found this to be a budget smartphone with an abundance of features although a few features about the camera still need significant improvements. We have tested the phone’s battery backup, performance, camera performance, Audio, brightness and pretty much everything we could.

We are sharing our experience of using the phone today.

What’s inside the package?

Let’s get started with the packaging. Upon unboxing, you receive a user’s manual, the phone itself and a charger. These are the only things you will get inside the box, and, yes, there are not any earphones included in the box and neither is the case.

At the first glance, Realme C21Y looks like a premium phone. The build quality is very good for the price it is being sold at. The phone also looks huge, but you can easily use it with your single hand. The 9.1mm thickness of the phone just makes it easy to handle and use with a single hand. The phone weighs around 200 grams. It has a glass front, plastic back and plastic frame.

Talking about the display, Realme C21Y has a huge 6.5-inch IPS LCD display with a maximum resolution of 720*1,600 pixels, and the display is very responsive. We also used the phone under sunlight and had no problem with the visibility.

Realme C21Y packs a triple camera setup on its back. Housed with an LED Flash, the 13MP camera provides some good quality photos under proper lighting. The photos look more vibrant.

But, since the resolution of the phone is low, the pixels of the photos break when zoomed in.

The 13MP main camera is accompanied by a 2MP macro and 2MP depth lens. There are no wow factors on the camera, but it does its job. The portrait and macro shot looks fine but lack sharpness.

One amazing thing you can do while clicking a portrait image is you can adjust the aperture from f0.95 to f16, which usually is not available in other smartphones.

On the front, there is a 5MP camera that takes a decent selfie. Other camera features include super nightscape mode, chroma boost, slo-mo, panorama, time-lapse and also pro mode, where you can adjust your own settings.

Realme C21Y runs on Android 11 with Realme UI on top. Powering the phone is a Unisoc T610 chipset and the graphics are handled by Mali-G52. The performance of the phone is impressive. No high-graphics game can be expected to run smoothly but for games like Free Fire, it has no problem at all. The game can be played smoothly and without any lagging. Also, you can effortlessly jump between the apps and this is very impressive.

Realme C21Y comes with 4GB RAM and 64GB of internal storage in Nepal. The memory can be extended with a microSDXC card. The phone has a dedicated slot for the external storage card.

Connecting to the phone are Wi-Fi 802.11, Bluetooth 5.0 and MicroUSB 2.0. There is also a 3.5mm headphone jack and loudspeaker for the audio.

So many features in a budget smartphone… a 5000mah battery, reverse charging support, quick fingerprint unlocking, smooth performance and whatnot. Realme C21Y is a feature-packed smartphone for its price category. The photos look vivid and bright although the sharpness is missing, the super night mode may not be so super, but to get that feature is a big deal itself.

The audio quality is good as well. In the price range, it should compete with Samsung M11 and Redmi 9 Prime. Realme C21Y is probably the best budget smartphone of this year as it provides an abundance of features to the user at affordable pricing. It seems like Realme has really been working to compete against the best. 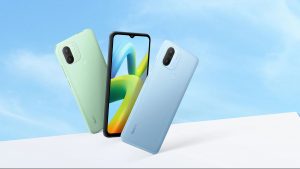 Realme Pad X in Nepal: Why it could be the brand’s first popular tablet here 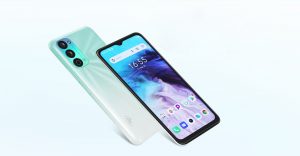