The Rato Machhindranath jatra is due to start on May 15, 2021. Photo: Aryan Dhimal

A group of men, at Pulchowk of Lalitpur, are busy preparing the chariot of Bunga Dyah (popularly known as Rato Machhindranath. While the capital has been on lockdown for the past two weeks, these men, adopting safety measures, have been working vigorously to ensure that when the time comes, the chariot is ready for the procession.

The jatra is due to start on Saturday, May 15.

“We know things are bad right now. But, this is something that has to be done,” says one of the chariot makers.

Even though all actives, including festivals, have been banned during the lockdown, it is likely that the Rato Machhindranath Jatra will take place this year. Jyapu Samaj Yala, which coordinates the festival each year, has been granted permission to conduct the festival by following all safety protocols.

“We have a plan in place to ensure that there is no outbreak of the virus due to us conducting the festival,” says Chandra Maharjan, the president of Jyapu Samaj Yala. “We will start the festival on Saturday symbolically with only a few people. We understand the virus is dangerous and want to make sure that everyone who helps us to conduct the festival is safe.”

But, with the number of active Covid-19 cases rising every day and death tolls increasing, many, even locals from Lalitpur, are questioning if the festival should be held putting hundreds of people at risk of contracting the virus. The organisers, on the other hand, assure full compliance with the safety measures and rule out any untoward results.

Religious festivals, like the recently held Kumbh Mela, have acted as a superspreader in neighbouring India. The effects of that have been seen in Nepal too as it is believed nearly 100,000 Nepalis including former King Gyanendra Shah took part in the festival.

“I don’t know why these people don’t think it’s wrong to be conducting the festival at such a time,” says Sunny Tuladhar, a resident of Patan. “My 80-year-old grandmother will want to go to pay respects to the chariot and during a time when cases are rising and people, especially over the age of 60 are dying, I don’t see any point in celebrating it. This can be a major superspreader.”

The trend of festivals acting like a superspreader is evident in Nepal too. Cases have been on the rise in Kathmandu valley ever since the annual festivals –Sindur Jatra, Biska Jatra and Seto Machhindranath Jatra–were held from April 14 onwards.

But, Maharjan says that the festival will not be celebrated like it was in previous years. Having taken permission from all concerned authorities including the metropolitan city office and the district administration office, the festival will take place with limited people and will be aired on the TV and social media apps to stop people from visiting, he claims.

“We have planned it in such a manner where people will get to enjoy the festival from home,” he says.

Among those directly participating in the festival, everyone will be tested before and after the festival. According to Maharjan, around 150 people will be needed to pull the two chariots of Rato Machhindranath and Minnath.

“We’ve decided to extend the ropes so that people who pull the chariot can do so by maintaining a certain distance,” he says.

Meanwhile, Lalitpur Mayor Chiri Babu Maharjan says that his office has given Jyapu Samaj Yala and Maharjan the full responsibility to conduct the festival in a peaceful and safe manner.

“What happened last year was quite bad. This year, things will be done much smoother,” says the mayor.

Accordingly, Jyapu Samaj Yala is going to deploy five volunteers at various points of Lalitpur to ensure that people who do not have permission to be in the festival do not come to be a part of it.

“There are 38 points within the city and we will be putting five volunteers at each point along with three members of the police. As I said before, as we will be showing it live on TV and various social media platforms, we are doing everything to ensure that people are safe,” says Maharjan.

A crane will also be put on standby just in case something happens to the chariot mid-way through the festival.

The planning, unlike last year, seems robust. The festival turned into chaos last year after a few locals from the area along with opinion leaders tried to conduct the festival forcefully.  This year, however, things are going to be different, the organisers claim, as they are planning to disseminate information about the festival before they start it.

“We’re going to use mass media and social media to inform people how and in which manner we are going to be doing this. Last year was a disaster and we don’t want anything like that to happen,” says Maharjan.

Legends associated with the Machhindranath Jatra celebration have it that the procession once rescued the Kathmandu valley from a severe drought. It is believed that the Lichhavi King Narendra Dev brought the idol of Rato Machhindranath from Assam in India to rid his country of the drought.

No one is sure if the festival will rescue the valley from the severe Covid-19 crisis now as, in contrast, some fear it will do the opposite. The next few weeks will tell it all. 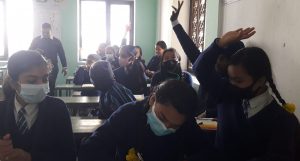 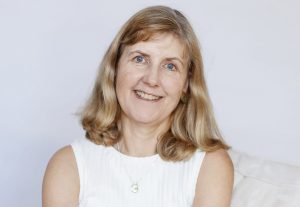 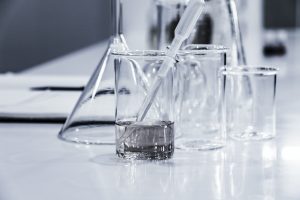 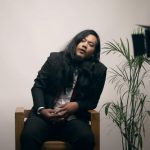