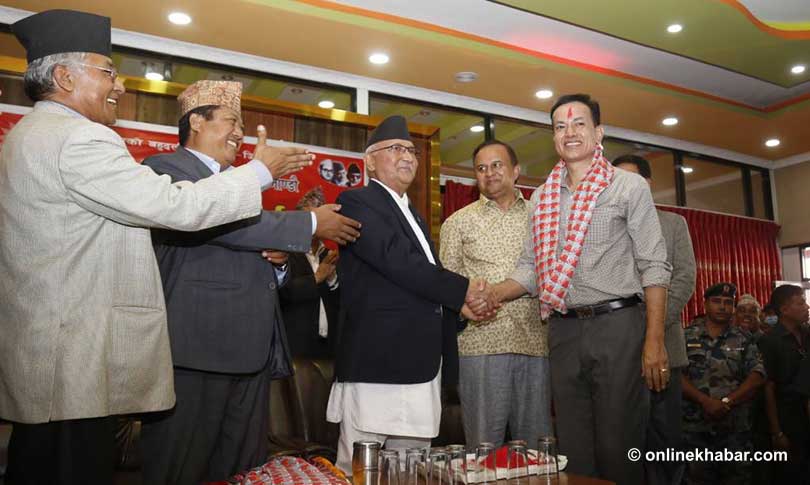 The KP Sharma Oli-led government’s attorney general Ramesh Badal has decided to spare the CPN-UML’s House of Representatives member Nawa Raj Silwal a forgery case, it has been learned.

Around three years ago, the Metropolitan Police Range in Kathmandu had submitted a report to the Kathmandu District Government Attorney Office, concluding Silwal was involved in a document forgery case and he should be booked for the same.

A senior official of the Nepal Police, Silwal had entered politics a few months before the 2017 House elections after his controversial efforts to lead the national police organisation failed.

After the government decided to appoint Prakash Aryal the inspector general of police in April 2017, Silwal had filed a case against the appointment at the Supreme Court. But, then, the government suspected he forged some documents to support his claim while submitting them to the court and launched an investigation. The court had also observed the documents could be forged, ordering a further investigation.

It was as early as February 2018 that the Attorney General’s Office had finalised the case against him, but soon after that the UML took over the government leadership, and the case was put on hold apparently under the pressure of the government.

But, Badal, a few days before resigning from the position owing to the change in the government leadership, decided to scrap the case against Silwal, sources in the Attorney General’s Office inform.

The office’s spokesperson Sanjeev Regmi, meanwhile, says he is unaware of the issue.