Foreign Affairs Minister Pradeep Kumar Gyawali says the government is in the final stage of drafting a new foreign policy of the country that will transform Nepal’s geographic position between two giant countries as an opportunity for economic development.

“The policy that we are drafting will reflect changes occurred in the country’s internal life and the external world and its geopolitics,” Gyawali, also the government spokesperson, told Onlinekhabar in an interview on Wednesday, “As the constitution has clearly stipulated what our national interest is, we are preparing an integrated written document about our way forward.”

Gyawali claimed the new policy would transform the country’s geopolitical situation into an opportunity. “Being situated between two of the biggest global markets, and having several cultural connections with both of them is an opportunity,” he said.

The minister, however, maintained that some Nepalis still have an inferiority complex that such a position could pose challenges to the country’s national interests. “But, it needs to be changed,” he added.

“We believe that Nepal should forward its economic development at a high speed utilising multidimensional connectivity, and emerging technologies. The new policy will also adopt this belief.”

The document will also guide Nepal’s relationships with the entire world including the country’s ‘traditional friends’ and development partners such as Japan, the United States and many European nations, the government will prioritise engagements with its neighbours first, according to him.

Likewise, the policy’s focus now will be economic diplomacy, the minister revealed. 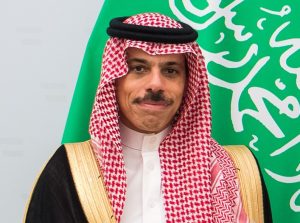