Globally, December 10 is observed as the Human Rights Day every year after the United Nations General Assembly adopted the Universal Declaration of Human Rights on this day in 1948. This day is celebrated to promote equality, peace, justice, freedom, and the work for the protection of human dignity irrespective of their race, colour, religion, sex, language, or social status.

Here are some key human rights movements in the history of Nepal that have established and redefined human rights status in the country.

The Nepali Student Revolution of 1979, or 2036 Saalko Aandolan as it is known in the vernacular, was a series of protests made by the students in April and May of that year. Official records state that 11 people were killed and 164 were left wounded during the series of protests, one of the earliest human rights movements seen in Nepal.

On April 6, 1979, a group of students had protested against the execution of the former Pakistani Prime Minister Zulfikar Ali Bhutto. A huge violent clash started, and later the representatives of the student community composed a list of 22 demands to the authorities as a precondition to ending the student movement. Further protests were held alongside, and on April 9, a nine-member Students Action Committee was formed to write the 25-point charter of demands. Also, the Chief Action Committee comprising three members was formed. Then, on April 23, a protest was held against the violence committed by the Rashtravadi Swatantra Vidyarthi Mandal and the violent assault led to the death of a few students whereas over 60 others were injured.

After the event, the authorities decided to close the campuses and hostel students were given 24 hours to clear the hostels. Later, clashes occurred in 37 of the then 75 districts of Nepal. Then education minister Pashupati Shamsher Rana also resigned.

Then, on May 2, King Birendra formed a five-member commission headed by the Supreme Court Chief Justice Dhanendra Bahadur Singh to respond to the protest. Then, the 160 arrested students were also released. Later, the remaining 64 with the opposition political leaders were also released on May 9. Similarly, all the student committees of the student movement reached an agreement with the royal commission. The agreement included the abolition of the 1972 Education Policy, scrapping entrance exams of universities, giving the right to form independent unions, some of the key human rights for the students then.

The People Movement I is also known as the 1990 people’s movement or the Jana Andolan of 2046. It was a multiparty movement that started and ended in 1990, and put a full stop to absolute monarchy, and commenced the governance system of multiparty democracy with constitutional monarchy. Besides politics, the movement also contributed to the country’s human rights sector.

On December 15, 1960, King Mahendra had suspended the constitution, dissolved the elected parliament, dismissed the cabinet, imposed direct rule, and imprisoned the then prime minister BP Koirala and his colleagues. It was the beginning of the partyless Panchayat system which deprived the public of some basic human rights. All the political parties were banned and the local people were also not satisfied with the monotonous regime. People were, directly and indirectly, speaking against it and the communists also started an underground revolution.

A series of events occurred against the Panchayat system like planting bombs in the king’s car, raising local awareness, protests, fire in Singha Durbar, etc. After all this, the Panchayat government declared a referendum to be held in 1980, but 55 per cent of voters came in favour of the Panchayat system. Nonetheless, the election was believed to be unfair as all the powers were in the hand of the king.

After a series of protests and events against Panchayat, two political groups–the United Left Front and Nepali Congres–united together to launch a campaign to achieve a multiparty democracy in Nepal. The movement officially started on February 18, 1990. The joint civil resistance launched by the united political parties was successful in overthrowing the Panchayat system, and the country became a multiparty democracy along with a constitutional monarchy. It is still one of the largest and more successful human rights movements in Nepal.

The People’s Movement II is also known as the Loktantra Andolan held in 2006, arguably the largest democratic and human rights movement in Nepal. The cause of the movement was the coup by King Gyanendra and the goals were to restore the parliament and abolish the monarchy. Thus, the revolution resulted in the restoration of parliament, and later, in 2008, Nepal was declared the federal democratic republic.

Using the Nepal Constitution 1990, King Gyanendra had controlled the government as an absolute monarch in 2005. He had dissolved the parliament and sent them all home, powerless, triggering the biggest human rights movements in Nepal. Both communist and non-communist political forces broke out against the king’s power grab. The Seven Party Alliance stood for the restoration of democracy in Nepal, and on April 24, 2006, the king relented and they achieved their goal. The 2006 democratic movement in Nepal became successful in abolishing the monarchy and establishing a popularly elected government. The injuries and death tolls were stated to be even more than the first people’s movement.

The Guthi Bill protest was arguably the biggest human rights movement since the People’s Movement of 2006. The protest was held at Maitighar Mandala in the capital on June 19, 2019, by gathering thousands of members of Kathmandu valley, especially people belonging to the Newa community.

In simple words, guthis are socio-economic trusts or institutions that fund their obligation from incomes of cultivated or leased land as assets. After the entry of the Guthi Bill in the National Assembly, protestors consistently hit the streets against it. The protestors believed it to be an attempt of the government to wipe out centuries-old customs and traditions and nationalise the guthi-owned land. So, through the protest, they were pressing the government to withdraw or revise the bill.

At that time, the Hashtag #StopGuthiBill was trending on Twitter and various Facebook groups were also formed against the Guthi Bill. However, the government was defending the bill stating that it has been brought not to control the guthis and their functioning, but to regulate them. The protestors were attacked by the police with batons and water cannons at Maitighar Mandala. And at least six people were injured when police tried to disperse the crowd. Finally, the government withdrew the bill.

On November 2, 2019, India published a new map of the political boundaries of the country. But, it sparked a series of protests in Nepal as the map also included the disputed area of Kalapani, which Nepal claims to be its part.

Then, when the news was caught by the local media, there started the Kalapani protest throughout the nation with the trending hashtag #backoffindia on Twitter. Also, Nepali protestors gathered in front of the Indian Embassy in Kathmandu. Likewise, the local people of both countries showed their aggression regarding this case through online posts, tweets, comments on social platforms, triggering one of the widespread online and offline human rights movements in Nepal’s context.

Then, on May 20, 2020, Nepal released a new map of its territory that expanded its claim to 335 square km area up to the Kuthi Yankti river, including Kalapani, Lipulekh, and Limpiyadhura.

This is also considered a human rights movement as most Nepalis associate it with the rights to nationality.

According to the 2011 Nepal census, Dalits make up about 13.6 per cent of the total population of the country. From the beginning, the Dalits have been oppressed and marginalised in the worst forms for millenniums in the name of caste. Also termed as ‘untouchables’ by the rigid caste system, the most critical issue for the community is to remove caste-based discrimination from the whole society and have a dignified life. Following this, the Dalit communities have faced many human rights violations and the member of the communities had to pour out to the streets in several instances.

So, numerous Dalit movements are observed in Nepal with the appeal to establish a just and equitable society where all persons can live without any fear respectfully. The first Dalit movement was considered as the successful movement of the Pashupati Temple Entrance Campaign in 1954. Similarly, the Dalit movements are held every year with the protestors holding placards raising public awareness for social equality and against caste-based discrimination. 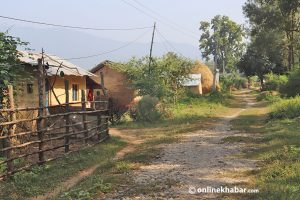 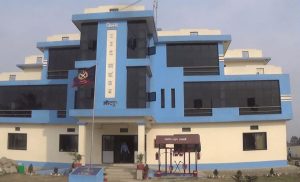 Covid-19 Nepal: Amnesty International tells leaders to set aside politics and save lives 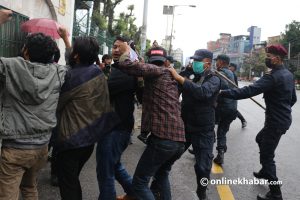