Guthi system in Nepal and perpetual debate: Win-win deal is possible and inevitable 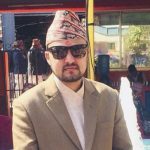 The system is either gazed from the lens of a socio-cultural institution or from politico-economy. Proponents adopt a functional school to view the system while opponents take a side of conflict or Marxism. These are just wars of perspectives to charge against each other. On basic ideological lights, the Guthi system, for some, carries broader social meanings while for others it is just limited to the economic asset, mainly land.

So, is it all about a concern of regulating socio-cultural system or distributing tenancy rights? Is Guthi a form of social heritage for which it requires cultural rights of the indigenous group to get it preserved or is it something that merely relates to the economic resource for which tenants are demanding to get it mobilised for their socio-economic well-being? Where does the gap actually lie between these polar doctrines and how could they be mitigated to a larger extent?

This debate reappeared when the federal government tabled the controversial Guthi bill in the National Assembly in June 2019, which was eventually withdrawn after the massive public protest. Stakeholders, then, alleged it as a dictatorial step intended at demolishing the historically significant cultural heritage.

Taking into account to this, the Guthi system is required to be looked from both of the frameworks: Guthi as a socio-cultural system (functional perspective) and as a land tenure arrangement (conflict perspective). The framework to look at this system here encompasses socio-cultural versus Marxist politico-economy representing both cultural rights of the indigenous community and political-economic rights of the poor tenants respectively.

Guthi as a socio-cultural institution

Guthi is an institution constituted by members of a community with a motive to maintain the socio-cultural norms and values of a social system. In the Newar community, Guthi is intimately related to the operation of life rituals from birth to death. To continue such rituals, maintain tradition, preserve culture, and conduct religious festivals, the Guthi system is believed to have been formed.

Initially, the Guthi system was established by the royals, mainly for religious purpose; later, common people also started to follow this system with social motives. Those Guthi organisations were varied according to their purposes. But, regardless of the types, the main objective of the Guthi system used to maintain traditions, passing them down to the successive generations and thereby helping in maintaining the social structure and uniting the people in a communal bond. It aims at keeping a strong sense of we-feeling among each other so as to maintain harmony and cohesion.

‘Sana Guthi’, for instance, is one of the most commonly practised Guthi system among the Newars. It reflects how this system is concerned with social order, cooperation, interdependence, and harmony. It is one of the remarkable Guthi systems that incorporate the functionalities of religious, service-oriented, communal as well as entertainment-oriented systems of society.

In a religious sense, this Guthi performs the worshipping of 47 ‘Dyah Pyakha’ literally meaning dances of various Hindu gods and goddesses. In a service-oriented sense, it incorporates ‘Si Guthi’ which is concerned with the death rituals along with other forms of communal services. The main purpose of the establishment of ‘Sana Guthi’ is to follow funeral rituals properly. But, it also performs socio-religious services like cleaning the communal areas, maintenance of religious sites, installation of idols of various gods and goddesses, maintenance of irrigation canals and roads etc. In some cases, the financial cooperatives are also found to have incorporated in ‘Sana Guthi’ with the motive of providing financial assistance to its members.

It also conducts regular feasts for the guthiyaars (trustees) on a periodic basis which helps them gather and review the issues regarding the Guthi operation. Whatever the motive or how Guthi system is classified based on these instances, the most important aspect of this system is to maintain social unity, harmony and order in the society.

Guthi as a system of land tenure arrangement

The Marxist political-ideological framework does not view the Guthi system as a collectivistic institution formed for solidarity.  It views the system merely as a system of the land endowment created by the feudal state in order to sustain their political interest under the banner of religion and collectivism. It keeps land at the centre of analysis and thus regards Guthi as an exploitative system of land tenure arrangement.

In the Guthi system, the state or religious authorities are given governing roles whereas farmers work as tenants. The High-level Land Reform Commission Report (2008) drafted under the leadership of Haribol Gajurel on behalf of the then communist government wrote, “In the Guthi system, religion serves as an only basis for the exploitation of tenants by the feudal state. It was the policy of the feudal state in which feudal lords get nurtured at the cost of land-poor tenants in the name of preserving a single religion. Abolishing this system means to eradicate feudalism. The essence of Guthi system is based on the feudalistic production relation.”

Guthi actually is a form of land endowment made for religious or philanthropic purposes. Today, it exists as institutional landlordism holding an arbitrary power by the priests over the tenants. Having no sort of legal rights over the land they have been tilling for years, tenants are those who are actually suffering from this injustice. As representative instances, some of the Guthis seem reflecting such forms of exploitation still exist in Phatakshila village of Sindhupalchok district, namely: Phatkeshwor Mahadev Guthi, Bhimsen Guthi, Rananaineshwor Guthi, Pashupati Mahashnan Guthi, Taruke Ghyang Guthi and so on. According to scholar Jhalak Subedi’s his book Bhumi, Kisan ra Rajya, “There are 148 kinds of Guthi land exclusively in Sindhupalchok district which occupy about 153,840 ropanis in area. The number of households tilling this Guthi land is about 11,152. Only a few of tenants have been able to obtain the tenancy rights certificate. However, more others are still not being able to do so.’’

Tenants are being compelled to bond themselves to the domination of these Guthis for several generations. The portion of the harvests they obtain after paying off the rent to the respective Guthi does not suffice their subsistence. Not having an independent legal entitlement over the land they are tilling in has posed challenges in so many socio-economic and legal issues.

In retrospection, the Guthi system essentially had religious and social merits for which this system came into being in fact. However, its narrative seems getting translated as a system of ownership of economic resources, mainly land. Those people who regard Guthi in terms of land tenure and management rarely understand it as a socio-cultural institution where land acts merely as an imperative means available in the past for the functional operation of the intangible cultural activities such as life rituals, religious ceremonies, festivals etc.

Likewise, what people realise less is that land is also a significant requirement to establish and regulate various tangible cultural heritage forms such as temples, pati-pauwas (rest houses), public taps, hospitals, schools, and dhramasalas (guest houses) required for the attainment of collective benefit.

The main point to consider here is: economic resources prevalent in the given period of time become a crucial parameter to determine the ways of regulating the Guthi system. So, the Guthi system, in essence, is a matter connected with the socio-cultural system established in order to maintain collective benefits either in the form of religious merits or social philanthropy rather than a land asset as such.

Having said this, the harsh side of reality that could not bluntly be ignored at the same time is the Guthi system being connected with the age-long socio-economic and political problems posed by the distortion of this system. The legacy of the Guthi system is attached intimately with the socio-cultural realm. However, the bitter side of reality clung with the issue of land ownership and exploitation driven by it could not be denied, in fact. This is why the so-called Marxists are continually charging the system by tagging it as a reminiscence of feudalism practised for generations.

In order to get rid of this accusation, the stakeholders should be much concerned over the reality of its distortion existed over the years and retain its original essence in real practice. Moreover, the government’s role here becomes crucial in facilitating the stakeholders to recognise the problems relating to Guthi operation, management and figure out the threats pushing the system onto the verge of extinction. More precisely, it should study the exact reality of several forms of the Guthi system existing throughout the country.

For this, the government, stakeholders and the experts should collaborate.  The issues of land tenancy and cultural heritage both could go hand in hand, only with the coordination between these social entities. Since the Guthi system in Nepal deals with the conflicting relation between cultural values and land entitlement, the problems attached with these two could be mitigated by the democratic process of communication between the stakeholders and experts from both sides. Government ministries related to culture and land management portfolios can take joint initiatives.

Managing the issues related to the Guthi system by incorporating its positive aspects from a multidimensional standpoint could be optimistic. A unique form of social heritage in itself, this system could aid in preserving the legacy of the ancestors, serve for national economic benefits through cultural tourism and foster the symbol of unity and harmony. Likewise, its progressive management could establish a favourable climate for social justice, socio-economic and political rights and freedom of the exploited group. The win-win situation is not only possible but also inevitable.

Independent researcher Khadka is a lecturer of sociology at Deerwalk Institute of Technology and Lumbini Academy.