The Ministry of Agriculture and Livestock Development has stated that there are 42,000 metric tons of chemical fertilisers in depots across the country.

According to the spokesperson of the ministry, Prakash Kumar Sanjel, Krishi Samagri Company has 35,499 metric tons and salt trading has 7,534 metric tons of fertiliser.

Fertiliser shortage has been a perennial crisis in Nepal. 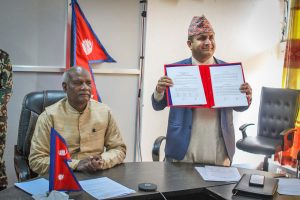 Over 7,500 tons of fertiliser at Birgunj dry port dumped to rot