Heritage reconstruction has been the topic of countless debates in Nepal for the past few years following the 2015 earthquake. About a month ago, stakeholders poured out concerns about the demolition of houses of Laxmi Prasad Devkota and Narayan Gopal and different plans to turn them into museums to honour respective notable personalities.

As the country gears up to celebrate the birth anniversary of Laxmi Prasad Devkota (Laxmi Jayanti) this Laxmipuja, here we bring an update on the literary personality’s much-debated house reconstruction plan. For this, Onlinekhabar caught up with Nepal Academy Member-Secretary and the Laxmi Prasad Devkota Museum Construction Management Committee Chairman Jagat Prasad Upadhayaya.

Nepal Academy acquiring private property is an unprecedented event. Why and how did the institution acquire the property to turn it into a museum?

The idea was first proposed by Devkota’s family. The house in question was a property that Mahakavi Laxmi Prasad Devkota acquired in the 1940s. After he died in 1959, his wife–Mana Devi–was living in the house. Shed died in 1999, leaving the house in the name of the youngest daughter, Ambika Devi Rimal. After Ambika too died, the house finally came in the name of their [Devkota couple’s] sons.

The sons had first appealed to the government then and there. However, there was no response from the government. Later in 2018, the then Prime Minister KP Sharma Oli pledged to help the family in their pursuit. The academy just adhered to the PM’s decision, following the then cabinet’s decision.

But, the house was already in possession of the Guthi Sansthan. Property under the Guthi Sansthan cannot be acquired by government bodies. So, in December 2019, what we acquired is the tenantship (partial ownership) of the property and not the complete ownership of the land.

And yes, the acquisition of this kind was probably the first for the academy or any government body. But, since Laxmi Prasad Devkota is one of the notable litterateurs of Nepal, the academy is happy to be a part of the project.

Many are claiming the demolition was unnecessary, and the original house could be preserved. Do you agree with the statement?

No, such claims are not true. The academy decided to demolish the house only because the house was in a dilapidated state already. We did not demolish a perfectly good building. The soil, the wood and the bricks used in the construction had all gone bad. There was nothing we could salvage.

So, to move on with the plan of the museum, we had to clear out the site and tear down any remaining parts of the house. If the house could have been retrofitted, we would have. But, the house did not have any foundation.

Meanwhile, multiple reports from the engineering teams drew the same conclusion for us. Hence, we decided to move forward with the demolition.

Regarding the demolition of the house, the Supreme Court had sought a clarification from you. Has the issue been solved?

Yes, the issue has been cleared. The court was satisfied with the answer and, now, we are moving forward with the construction as planned with a few changes.

The court has asked us to work in close coordination with the Department of Archaeology (DoA) and we are now working in adherence to the court’s decision.

So, what are the changes in the construction plan that you mentioned?

One major change is in the design we proposed. The initial reconstruction plan had designs for four storeys, but the DoA directed it should be three only, claiming it had three storeys initially. Despite many photos, the DOA thought the original design of the house had only three floors and not four.

Nevertheless, we have adhered to the directive and changed the design. Consequently, this has changed our plan to set up an auditorium on the third floor, where people could gather and discuss Devkota’s many published and unpublished literature pieces to be put on display on the second floor. The plans for the second floor and first floor where the personal belongings of Laxmi Prasad Devkota were to be displayed are as they were.

Finally, the proposed budget will now also change. Previously, it was estimated to be Rs 71 million, but with the change, the final budget is yet to be retallied.

Meanwhile, we will continue with the same contractor, BKOI-MK Joint-Venture. And the area of construction is still the same, spreading across five aanas (1711.25 sq ft) of land out of the 12.25 aanas (4128.39 sq ft), in the same outlook.

Is Laxmi Prasad Devokta’s family happy with the developments?

Yes. They were the ones who first proposed the idea, and the house was not in use for decades. The change in design is surely concerning as the public interaction will be changed, but they are happy nevertheless.

Meanwhile, Laxmi Prasad Devkota’s birth house in Dhobidhara is still intact and in use by Devkota’s nephew. This house, which we destroyed to turn it into a museum, is the house he built and his children wanted the state to take care of. The acquisition, under the Nepal Academy, and museum construction have all been with their consent.

How soon can we expect the museum to be completed?

The initial plan was to finish early. With the controversies, we had a setback of a few months. But, now, that we are moving forward with the plan, we expect the construction to be finished by mid-April 2022 and inaugurate the building by the end of this fiscal year (mid-July 2022).

There is a construction team in operation for now. After the construction is complete, the academy and its staff will be looking after the building and its operation.

Does the academy have any plan to acquire other properties of personalities like Devkota?

Nothing is there so far. This is also not the academy’s decision per se. Nepal Academy runs solely on the budget from the government. But, given the chance, the academy will be happy to handle the responsibility. 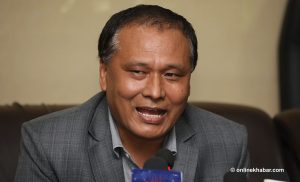 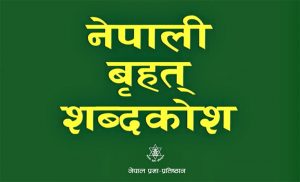 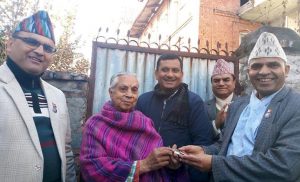 Nepal Academy acquires Devkota’s house to covert it into museum 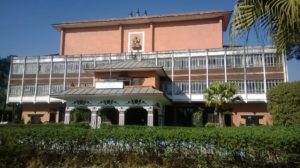