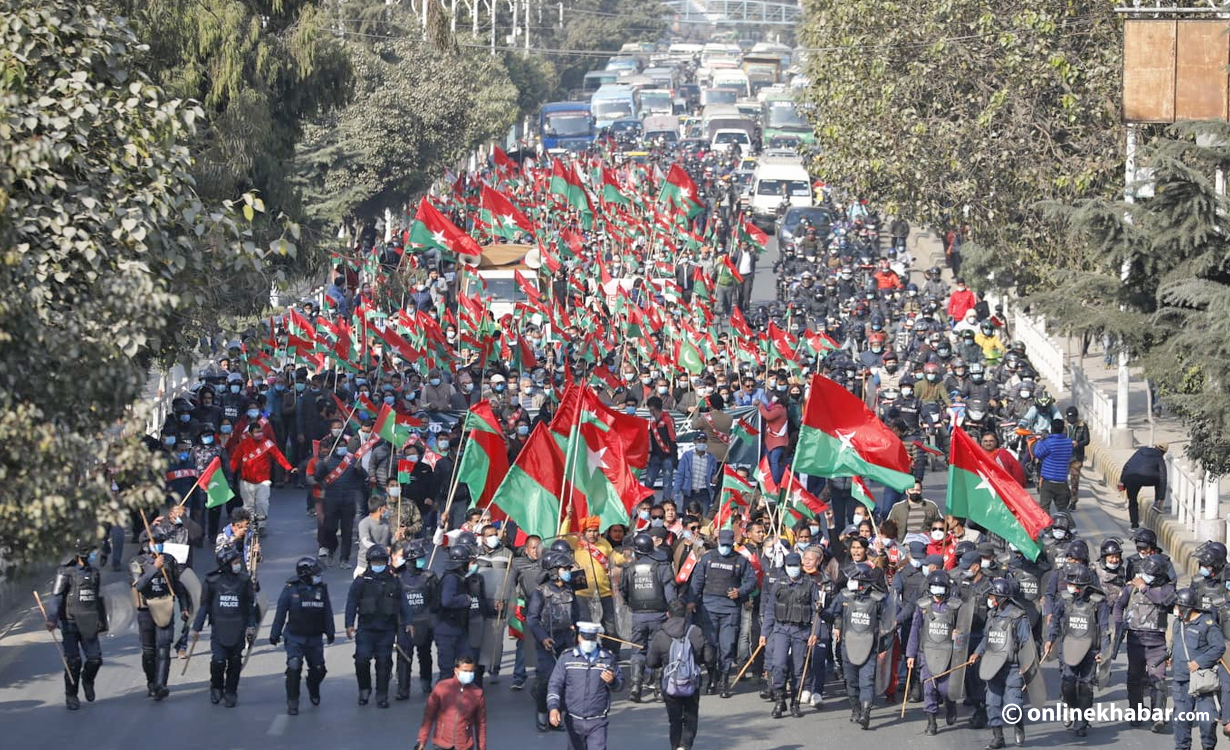 The Janata Samajwadi Party Nepal stages a mass demonstration in Kathmandu against the government’s decision to dissolve the House of Representatives, on Sunday. December 27, 2020. Photo: Bikas Shrestha

The Janata Samajwadi Party Nepal has staged a mass demonstration in Kathmandu against the government’s decision to dissolve the House of Representatives, on Sunday.

The party has been claiming that Prime Minister KP Sharma Oli’s act of unilaterally dissolving the elected legislative is unconstitutional, therefore should be revoked.

Hundreds of party leaders and cadres gathered at Shanti Batika of central Kathmandu and marched towards Putalisadak and Padmodaya Mode. The rally came back to Shanti Batika and converged into a protest assembly.

Top leaders of the party including Baburam Bhattarai, Mahantha Thakur, Rajendra Mahato, and Ashok Rai led and addressed the protesters.