How National Women Commission, without commissioners, addresses thousands of VAW complaints every year National Women Commission is functioning without office bearers that include a chairperson and four members since 2017. Ever since the NWC Act was introduced in 2017 following its elevation as a constitutional body by the new constitution 2015, the position has been lying vacant. Apparently, it has affected its roles and responsibilities.

In 2017, in the closing ceremony of the 16 days of activism against gender-based violence (GBV), the NWC launched a helpline ‘Khabar Garaun 1145’ at the national level to provide the necessary support to the survivors of gender-based violence. By dialling 1145 or sending SMS on the same toll-free number or reporting online through NWC’s website, survivors or witnesses can report the incidents of violence against girls and women anytime.

It has already been three years since the initiation of this service. Although the absence of constitutional officials has affected the overall functioning of the constitutional body, the commission staff claim the 1145 hotline is smoothly operated.

From handling calls to referrals

According to the NWC spokesperson Mira Sherchan, when a survivor or the witness calls on the helpline, helpline operators receive the call in general. Sometimes, the calls are received by the system if all the operators are busy. Nevertheless, the automatic system also gives the callers options to transfer the call to the police, to wait for a callback and record the report and send it to the NWC.

Then, the helpline operators do the assessment of their conditions and refer them to other agencies for the required services. In particular, four civil society organisations (NGOs) are working with the NWC in this regard. They are Child Workers in Nepal (CWIN), Legal Aid and Consultancy Centre (LACC), Transcultural Psychosocial Organisation (TPO), and Saathi.

As informed by Sherchan, after the call is attended, the helpline system records every detail and send that to the case management system (CMS). The CMS takes it as a new report, to which the staffers can also add the details of the incidents, survivors, perpetrators, services provided to the callers or survivors from their conversation with them. After that, they pass the reports to the case manager (CM).

After assessing all the reports, the CM decides whether the reports can proceed as probable cases. Then, the CM makes the referrals to partner organisations or assigns the cases to the counsellor considering the services needed by the survivors.

Adding to this,  Sherchan says, “The NWC also links other civil society organisations near the survivours in their districts and the survivors when the NWC cannot immediately reach out to them in their place.”

As per the NWC’s factsheet, 4,020 cases have been already registered from the day of its operation until the end of October this year. And, to the survivors of those registered cases, the NWC has already provided 13,477 services such as mediation, psychosocial counselling, and many others. Apparently, a single service seeker could receive multiple services such as information and support for prosecution or mediation.

Likewise, 3,825 calls have been automatically referred to the police for prosecution. Similarly, 12,743 people have received information from the service.

According to the NWC factsheet, the majority of incidents of violence against women takes place in the survivor’s home only.

Likewise, economic torture (3,082), psychological torture (5,160), physical assault (3,302), denial of legal documents such as marriage registration and birth certificate (1,310), polygamy (313), sexual harassment (445) and character assassination (600) are the most frequently reported forms of violence handled by the helpline. Among them, 87 per cent of the violence happens in the form of domestic violence.

How economic empowerment can be a remedy to violence against women 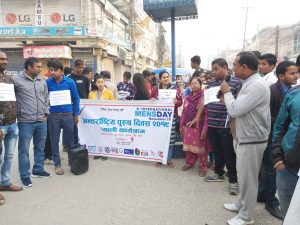