One in three women have experienced violence worldwide, the World Health Organization said in a 2021 March publication. It is apparent that in most cases of violence against women,  the perpetrators are usually men or boys.

Amid this scenario, there are many who wonder: can men be allies in promoting gender justice and preventing violence against women?

Therefore, on the occasion of 16 days of Activism against Gender-based Violence, Onlinekhabar recently caught up with gender activist Sanjog Thakuri, the president of Hami DajuVai, an independent youth group that has been advocating for the role of men in eliminating violence against women and other gender minority groups, to discuss the same issue.

First, let’s start with some personal stuff. As a man, you identify yourself as a feminist. But, people in Nepal generally understand feminists as men-haters and feminism as a movement against men. So, how has it been possible?

Our society is patriarchal, where men are powerful and they set all the narratives and systems. In such a patriarchal world, the feminist movement put forward the question that how can gender justice be guaranteed when men set all the narratives and also decide what is wrong and right. This question attacked the privileges of men, therefore, they created such rumours that feminists are men-haters in order to run away from being accountable to gender justice.

But, feminism is not essentially a movement against men, but just an argument demanding equality among all sexual and gender groups. If men are accountable for gender justice, they have to leave their privileges and power and work as feminists.

So, what are the roles of men in helping women in their society enjoy their human rights without having to experience any form of violence against women?

The first thing that men need to do is something personal, meaning looking back at yourself. Men should acknowledge where they lie in the patriarchal social structure, what privileges they have, and how the power dynamics play at their home and society.

When they realise this, men should use their privilege for gender justice including advocacy against violence against women. For instance, if society listens to my voice quickly and seriously, I shall question myself why I do not speak for justice, give space for women, and empower them.

Instead, men should be co-strugglers. For this, there can be multiple approaches including the peer approach. A man or boy tends to share things and also listens to his peers more than his father or brothers. Therefore, while having talks in a men’s or boys’ group, if any joke is shared or any discussion is held to degrade women or girls, one should take a stand against such.

Still, many men hold powerful positions in government and private sectors and other social organisations. They all should use their workspace for formulating gender-sensitive policies.

Why is it necessary for men to participate in the movement towards gender justice, in particular the movement against violence against women?

It is necessary that men participate in campaigning against violence against women because men are privileged, thus more responsible towards gender justice. Men’s and boys’ participation in eliminating gender-based violence will also discourage probable abusers.

Of course, people can say advocating against violence against women is just unnecessary because there are also negative impacts of patriarchy on men. However, we can’t compare that with the impacts patriarchy have on women.

Yes, there are many who are against men’s engagement in the fight for women’s rights and the fight against violence against women. Some also believe that men can neither be co-strugglers nor feminists. What do you have to say about that?

I respect all of them who believe so. After all, historically, many men who have called themselves feminists have been linked with abuse in their lifetime and many have turned into men’s rights activists. Therefore, people doubting men’s engagement against violence against women is not a big deal. However, I personally don’t believe that men can’t be co-strugglers and feminists.

Men’s actions are often glorified when they do what women regularly do, for instance, cooking or looking after children. What is your take on such a tendency?

I find the practice of glorifying such actions completely wrong as such tendency will not bring real gender justice and again make the men superior. This has happened because of a lack of conceptual clarity on people. Co-struggling should not be an ideal work but just a regular norm.

But, don’t you think gender justice can be achieved without the involvement of men because men, historically, have been misogynists?

Well, this is quite tricky, and I really don’t have an exact answer to this. If we say it is not possible without men’s engagement, there has been a lot of struggle in the leadership of women. Hence, we can’t say men’s engagement is absolutely necessary.

Okay, but men are not much visible in the movement against violence against women. What hinders men from joining the cause?

As the movement has been wrongly understood by many, they don’t participate. Secondly, men don’t want to leave their privileges; there is also fear of being excluded in society, mocked and looked down upon. The situation is quite challenging.

What steps have been taken by the governmental and non-governmental sectors to encourage men’s engagement in the movement against violence against women?

For a very long period in Nepal, men’s engagement in the movement against violence against women was limited to discussion only. We didn’t go for conceptual clarity about what is men’s engagement and what it isn’t. Many confused men’s engagement with occupying space in resources.

But, recently, a Male Leaders’ Network for Gender Justice has been set up by the Ministry of Women, Children and Senior Citizens and UN Women. However, this is not at all active. Besides, the government has also brought the Participation of Men in Eliminating Violence against Women and Children Strategy 2018.

Lately, many local governments have been giving training to men as well regarding gender justice. The non-governmental sector has started working on this issue a bit earlier than the government after the MenEngage Alliance started working in Nepal in 2007.

Finally, what needs to be done to encourage men’s participation in eliminating violence against women?

Let me conclude the conversation today saying the responsibility of eliminating the violence against women lies on the men. As individuals, they should assess themselves and act for gender justice. For this, we should work at the family and school levels.

The role of the media is also crucial for encouraging men’s engagement in ending violence against women. In the development sector, on the other hand, men’s engagement should not be decorative but should be change-making 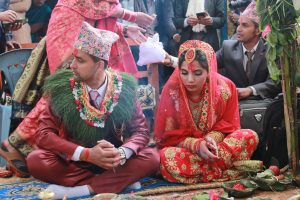 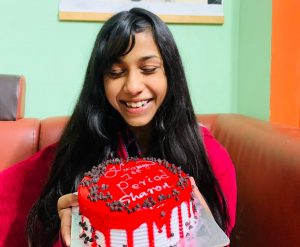 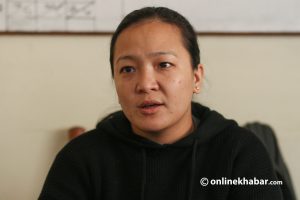 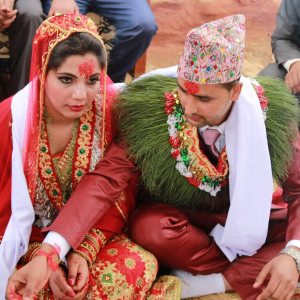