When popular Kul Man Ghising retired in mid-September after completing his four-year term, the government had appointed Lekha Nath Koirala to work as the officiating MD.

Shakya was not satisfied with the decision claiming he was senior to Koirala. Addressing his concern, Energy Minister Barsha Man Pun, also the chair of the NEA board of directors, appointed Shakya to the position.

Until yesterday, Shakya was leading the NEA Engineering Company, a subsidiary of the authority. The company was established four years ago, and Ghising had assigned Shakya to lead it. 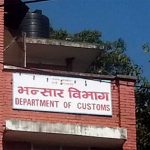