Although the government has decided to reopen scheduled flights to China, Qatar and Turkey along with the ongoing flights to India, the flights are unlikely for the next few days.

Whereas Tourism Minister Bhanu Bhakta Dhakal had said the flights would reopen from June 1 (tomorrow), the aviation regulator of the country, Civil Aviation Authority of Nepal, says the government has not informed the authority of the decision officially.

The authority’s spokesperson Raj Kumar Chhetri says the authority needs at least one week to prepare for the flights once the decision arrives officially.

The ministry’s spokesperson Tara Nath Adhikari also says the flights will not reopen as the preparations have not been made yet. “It will take at least one week,” informs Adhikari. 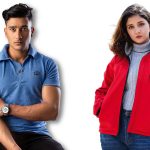