A local leader in the Butwal sub-metropolitan city, one of the biggest cities of the Lumbini province, has died of Covid-19 for want of a hospital bed.

The deceased is Nabin Thapa Magar, 44, a member of the local government’s ward 7 committee.

Megh Raj Bhattarai, the personal secretary of Mayor Shiva Raj Subedi, says Thapa Magar breathed his last on an ambulance while efforts were underway to find a bed for him.

He had tested positive for the coronavirus around a week ago and was in home isolation. However, his health deteriorated on Thursday and was rushed to the Crimson Hospital in Manigram.

The hospital refused admission saying it did not have an ICU bed with a ventilator unoccupied. Then, he was taken to the Bhim Hospital in Bhairahawa and another private hospital there.

“But, we got a bed nowhere,” Bhattarai says, “He died on the ambulance.” 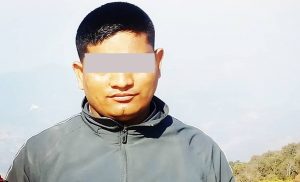