In the summer of 1975, Sholay was breaking records in India. The film starring Dharmendra, Amibtabh Bachchan and Hema Malini was an instant hit. But, unlike other Indian films, Sholay was banned in Nepal following Dharmendra’s comment on Nepal.

Yet, that did not stop Nepalis from watching it. Their love for Indian cinema was such that people started to travel to India to watch the movie. Not just from the border areas but people travelled to Raxaul from Kathmandu and Pokhara to watch the film. This is just one example to learn how crazy people in Nepal were for the cinema.

While people were forced to go to India to watch Sholay, there were a few halls within the country that the movie maniacs would frequent. Walking down memory lane, they have interesting stories from those good old days of the cinema halls in Nepal.

One crazy movie lover of those times was critic Bijaya Ratna Tuladhar.

“I recall I was eight when I first went to a cinema hall. The first movie I watched was Brahmachari (1968). My maternal grandmother and aunties went to watch movies regularly at Jay Nepal Hall,” recalls Tuladhar. موقع المراهنات كرة القدم

He says that during the interval, they would even eat snacks they brought from home. Another hall that he often frequented was Ranjana hall in New Road which was where the majority of people from the capital watched films.

“It had a big open space where we would wait. Things are a lot different now,” says Tuladhar.

While the premises of the cinema halls were pretty, the inside was a different story. Film expert Basanta Thapa recalls the halls as being dire. He says that it was uncomfortable and in a dire state.

“People didn’t stand in a queue. Whoever could push people would get tickets. Things were incredibly mismanaged,” says Thapa, who feels that people who got tickets felt like they had just won a war.

Getting a ticket did not warrant a seat. People rushed in and sat in the congested seats that had nails popping out. During the monsoon, one could even hear the rain pouring down on the tin roofs. Despite this, people still flooded the halls.

The state of the cinema halls started to change around the mid-1970s. Tuladhar says after Nepalis went to India to watch Sholay, halls started to realise they needed to make the experience better. Post-70s, the picture quality of the show got better along with the sound.

Once Kumari Hall opened in 1985, things started to get better for film lovers as it came up with other services that would make movie watching a better experience.

Following that, advertisements for movies started to come on Gorkhapatra.

But, during the Rana era, the newspaper published information about movies being released to the Rana prime minister watching the film. If you look back at Gorkhapatra archives, one can say that the founding father of cinema culture in the country was Dev Shamsher Rana.

The paper’s first and third edition talks about how Dev Shumsher showed films to the public. In 1946, news about Padma Shumsher showing students films in his private theatre came out, while in 1950, the news of Mohan Shamsher opening a cinema hall was published on it.

Historians say that there were two primary reasons why cinema halls opened in Nepal. The main reason was the development of the country’s infrastructure. Rana prime ministers who went on state visits to India saw how movies created a wave of positive change and they wanted to see if that was possible in Nepal too. The other was entertaining Nepalis through cinema so that they would not go to India and start a revolution to overthrow them. This is why political films were banned in the country.

According to Gorkhapatra archives, there were daily two shows. One between 12 and 2 pm and the other between 4 and 7 pm. There were two days when only women were allowed to watch films in the cinema halls. The cost started at 50 paisas and went up to Rs 5. The fourth-class tickets were the cheapest at 50 paisas, the third-class ones were priced at Re 1, second-class at Rs 1.50, first-class at Rs 2.50 and balcony at Rs 5.

As tickets were scarce, they would often end up in the black market. There was news about people paying Rs 25 for a balcony ticket that cost Rs 5. العابكلب This plagued Nepal’s cinema industry for a long time.

“In the 70s, people would come up and ask if we wanted to buy tickets. Because people would go watch movies with their partners and family, they wanted to make sure that they got a ticket because as I said, getting a ticket staying in the queue was almost impossible,” says Tuladhar, adding people who had money bought it off the black market.

This shows how far Nepal has come when it comes to the management of cinema halls. In the past, most films only had five copies, so smaller cinema halls rarely got them. That was why most single-screen theatres shut down. But, thanks to technology, that is not the case now as people do not have to carry the tape from one hall to another.

“There were people who distributed these films. I remember one called Maila Dai, a tall and fair fellow who used to carry these films from one hall to another,” says Tuladhar. موعد انطلاق يورو 2023

Thapa adds that there were also issues with sound due to poorly managed tapes.

Even though there were cinema halls in Kathmandu, most of them were exclusively for Ranas and their friends. The first one that opened to the public was the Janasewa Cinema Hall (Bishal Bazar). Following the success of that hall, Ranjana opened in 1955 and thus started the beginning of a wave of cinema halls.

At a time when there were not many things to do, the cinema was an escape. People from all ages and walks of life went to watch movies. While it was tough to get a ticket, people still felt it was all worth it as they could watch their movies.

Now, these single-screen theatres have been replaced by multiplexes where thousands of people watch films sitting in different halls. The seats are state of the art as are the sound system and picture quality. In the span of fewer than 100 years, the cinema halls have evolved, but the love for cinema among the people still remains.

This story was translated from the Nepali version and edited for clarity and length. 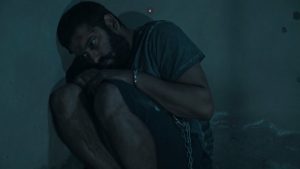 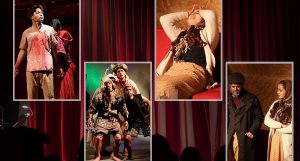 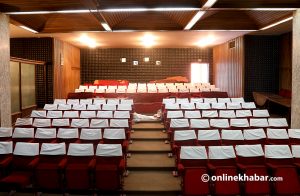