Chen, the 22nd Chinese ambassador to Nepal, arrived in Kathmandu just last week to succeed Hou Yanqi, who was called back by the Beijing government a few months ago.

Meanwhile, Chen congratulated Dahal on his appointment as the PM on behalf of the Chinese president, vice president and prime minister. In response, Dahal thanked them for their support, good wishes and brotherhood. 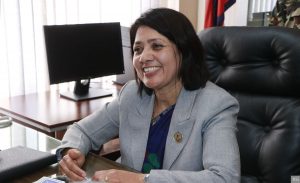