The cabinet has rejected a proposal of Tourism Minister Yogesh Bhattarai to mark the Visit Nepal Decade 2020-2030.

A high official at the Ministry of Culture, Tourism and Civil Aviation says the cabinet meeting held on June 16 withdrew Bhattarai’s proposal citing announcing such a campaign amidst the Covid-19 crisis would give a negative message.

Earlier, the government had announced the ambitious Visit Nepal Year 2020 campaign with a target of welcoming two million foreign tourists in 2020.

However, the campaign was called off owing to the crisis. In addition, some stakeholders had feared its failure as sufficient infrastructures for the campaign were not ready.

Following that, minister Bhattarai had been saying the government would announce a Visit Nepal Decade to revitalise the country’s economy. 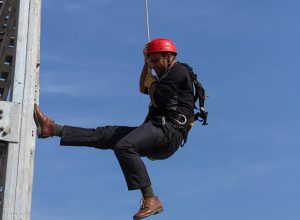