One policeman has sustained injuries as a gang of burglars allegedly attacked a patrol team in the Dhanusha district of Madhes on Tuesday night.

Assistant sub-inspector Manoj Pokharel, posted at the Bateshwari police post in the district, was injured as burglars attacked his team, according to SP Basanta Rajaure, the chief of the District Police Office.

He has a wound on his head and is undergoing treatment.

A patrol team was deployed after receiving a tip-off that the burglars targeted the house of Amit Paswan in Bhangaha-7 in the neighbouring Mahottari district.

Meanwhile, Rajaure says five persons have been arrested for their alleged involvement in the attack. Further investigation is underway. 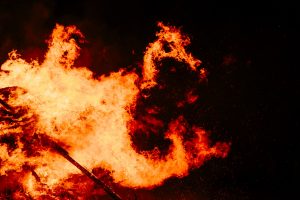