One person died in a road accident in Bhaktapur on the eastern side of Kathmandu on Saturday.

The victim has been identified as Suraj Tamang, a resident of Chhaling, Changunarayan municipality-5 of the district. He was riding pillion on the two-wheeler (Province 3-02-017 Pa 7942).

Maheshwar Khadka (19) of the same place, who was riding the bike, sustained minor injuries. He has been discharged following treatment.

The two-wheeler was hit by a miniturck (Province 3-01-003 Ka 5065) at Chonga Ganesh, Sallaghari, Bhaktapur municipality-1 yesterday. 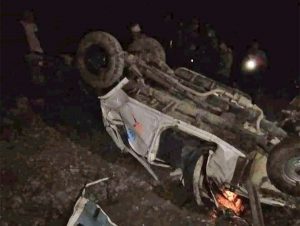 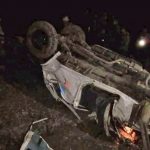