Police claim they have moved one step closer to concluding the investigation into the murder of Bhagirathi Bhatta, a 17-year-old girl in Chadepani, Dokdakedar rural municipality-7 of the Baitadi district.

Bhatta had gone missing while returning from school on February 3, and her body was found the next day.

Her neighbour, an 11th grader of the same school, was arrested on the charge on February 16. He is said to have confessed to both the crimes. However, to solidify the evidence to prove that the victim was raped by the suspect before the murder, investigators had collected swab samples of both and sent them to the Central Police Forensic Science Laboratory for a test. 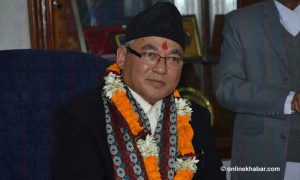