The Election Commission says it has already sent ballot papers for provincial and federal parliamentary elections to be held on November 26 in 32 districts of mountainous and hilly regions.

The Commission’s spokesperson Nawaraj Dhakal says the papers have safely reached headquarters of 20 districts by yesterday evening whereas other 12 districts will receive them by this evening.

Helicopters were used to transport ballot papers to some districts due to difficult terrain and other security reasons, according to the Commission.

Meanwhile, printing of ballot papers for December 7 elections to be held in 45 districts is underway. 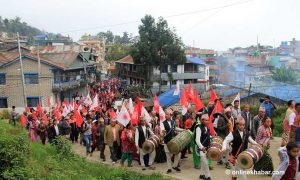