An Armed Police Force staffer is injured in a clash with alleged Indian smugglers, in Parsa, on Friday, February 12, 2021.

Two Armed Police Force personnel guarding the Nepal-India border have sustained injuries after a clash with alleged sand smugglers of India, in the Parsa district of southern Nepal on Friday morning.

The injured are identified as Aayush Raya Yadav (24) and Naresh Yadav (25) . They are undergoing treatment at Narayani Hospital in Birgunj. The hospital says both are out of danger.

The APF Spokesperson, DIG Raju Aryal, claims the clash ensued after the police personnel tried to block the smugglers from smuggling sand from the local Oriyakhola in Jagarnathpur rural municipality-1 of the district. It has been learned that the personnel were trying to confiscate three tractors that the alleged smugglers burst when the smugglers reported to an attack.

Following the clash, police failed to confiscate the tractors. 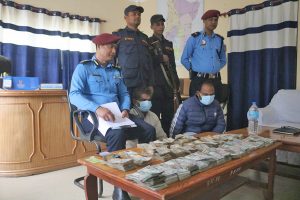 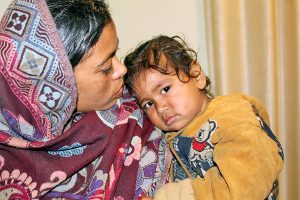 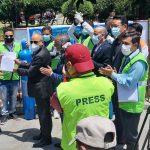