The year 2016 was eventful for cricket in Nepal. Nepal’s senior men’s side registered wins against Nambia, at home. and the Netherlands in the World Cricket League, and world’s oldest cricket club, MCC, in a friendly, the junior squad came close to securing second round berth at the ICC U-19 World Cup. The women’s team also made it to the Asia Cup.

However, what was achieved was overshadowed by the collapse of Cricket Association of Nepal (CAN) and the ICC’s decision to suspend the body. The year 2015 also marked the formation of an advisory body to revise CAN’s statute and to restructure the cricket body from the ground up.

Here we look at the top 10 most read cricket stories on Onlinekhabar in 2015: TU Cricket Ground: Zee TV’s involvement and four other things you didn’t know about it Nepal’s U-19 skipper Raju Rijal: I was shocked when I heard about the ‘age controversy’ What’s on your mind Sharad? Nepal in ODI cricket: If team makes it, fans would be the real game-changers If given the right team, I am open to leading CAN again: Former chief Binaya Raj Pandey Nepal vs Namibia: The match summed up in four photos 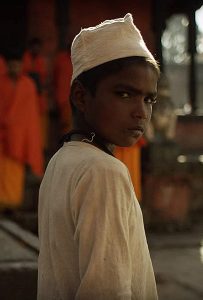 #Yearinreview2016: A notable year for cinema