Journalist and writer Sangeet has faced a sexual abuse charge from another famous writer. Sangeet, however, has denied the accusation.

After a few news media published reports about the seven-year-old incident, the supposed survivor shared details of the incident in a two-hour-long Facebook live video broadcasting on Sunday evening. Minutes late, the accused writer also posted a long status on his Facebook page and denied the charge as a fictional story.

The female writer shared in the video that Sangeet tried to take advantage of the situation when she was at his residence in connection with the editing of her book. She has accused him of forcefully kissing her.

Meanwhile, she has also accused other writers including popularly known leftist intellectuals of not supporting her to raise the issue.

Writer Sangeet, on the other hand, has claimed the female writer resorted to the personal attack after their personal ties soured and she faced strong criticism for her work from people close to him.

He has also warned of legal action against the media who published the news to accuse him without verifying the facts. 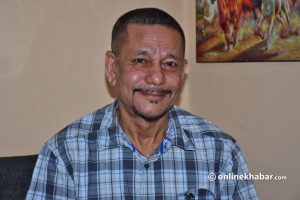