The cliché is that children are the future of a nation, and there is no debate on that. But, the status of children in Nepal is surely up for debate. Globally, people are celebrating World Children’s Day with the theme “A Better Future for Every Child” on November 20 this year, but the present also faces the question about the future of Nepali children. Addressing this is the concern of the National Child Rights Council (NCRC) that oversees the status of children, facilitates and regulates the rights of children, and monitors acts of violation or exploitation against children.

Milan Raj Dharel was appointed the executive director of the council in July 2020. He has over 20 years of experience working in the civil society sector including human rights and governance as well as over 15 years of experience working in the sector of child rights. In an interview with Onlinekhabar, he has talked about the present condition of child rights in Nepal and the possible changes the country can experience over time.

What are major challenges to child rights in Nepal? How can we mitigate them?

There are various kinds of problems that we need to address in the country and there are different contextual ways to look at it. Let me present five major challenges to child rights in front of you.

The problem of early/child marriage has two aspects. One is forced marriage encouraged by parents and the second is the children eloping themselves, primarily seen because of infatuation. Early marriage is a criminal offence, however, our societal norms are only criminalising the second aspect and especially when it is an inter-caste, inter-class or inter-community relationship. But, the aspect of forced marriage is still heavily ignored or rarely pointed out and, hence, not penalised.

In forced marriages, parents have been known to be driven by some concerns including a girl child’s chastity, poor economic status, and need for an extra workforce in the house.

Many have said that child marriage in Nepal has increased, which is not true. It has some 16 per cent rate and the pattern has been similar. However, after the Covid-19 crisis, the vulnerable groups have significantly increased.

To curb these problems, we need a change in our societal norms. Different societal groups–men, women, girls, and boys–need to speak up, against child marriage and discourage the practice. Intercepting child marriages alone will not solve the problem.

Covid-19 and subsequent lockdowns have increased the rate of school dropouts, especially in girls, and this has led society to many uncertainties and left them vulnerable to many other social evils including child marriage and (sexual and labour) exploitation.

But, the way these dropouts are calculated also need to be redefined. Covid-19 taught us that alternative learning methods are possible, so we need to encourage them for those who cannot attend schools physically. We need to redefine the concept of literacy from being a form of learning in educational institutions and encourage home-based learning or distance learning. This can be facilitated by the council in support of the local government units.

Apart from this, some changes in the existing policies that support basic education for the dropout students as equally as for the regular students can be of great help to get them back to school.

While the formal sectors are free of child labour, the problem is rampant in the informal sectors, and it often goes unreported. The minor workforce is working behind the curtains.

Now, to curb the problem, we have to work on various aspects. Many minors working are influenced by their environment and parents, as many work just by following their parents. So, to facilitate both and curb the problem, we can set up daycare centres–which is legally guided by existing policies–to take care of the children during parents’ working hours.

As per law, children working under 14 is prohibited and working under 18 is discouraged. But, it would be wrong to say that children cannot work. Children can work as long as their cognitive and physical growth is not hampered. About four years ago, there was a law limiting the working hours and with fixed fees for the children. But, that is nowhere in practice today. The unregulated practice, coupled with a lack of monitoring, has promoted more child labour.

It is one of the sensitive and most misunderstood issues we have. First of all, trafficking is not an act; it is a process and an organised crime. Second, when we say trafficking, we only understand sex trafficking, and that too is restricted to women. On the other hand, society believes men are not trafficked. The men themselves also deny being trafficked or vulnerable to trafficking. The wordings around the problems, in society and media, are also different and biased where women are “rescued victims” and men are “cheated individuals”. The perception is quite similar in the case of the children too.

Last year, 3,619 children were reported missing, out of which 3,009 were rescued. Still missing 610 are vulnerable and maybe even trafficked. Organisations like the child rights council and National Human Rights Commission, Maiti Nepal and others are working to rescue trafficked Nepali citizens as well as rehabilitate them.

But, here, we face another bigger problem. The societal biases against those who were trafficked make the proper rehabilitation–their way back to society, to normal life–difficult. We can give them vocational training but the acceptance has to come from society and that is the difficult part. Our education system also needs to incorporate life education as a part of a child’s holistic growth.

We see a certain shift in the nature of abuse and violence; they have increased and they have become complex. Covid-19 and lockdowns also increased cases of sexual abuse, violence and exploitation. Many cases were reported within families too. And, they are the cases that go unreported in the majority.

Children, first of all, are unaware of the good touch and bad touch. Then, if children complain that someone has touched them, parents tend to ignore their words. We need to encourage open dialogues between parents and children, and children should have spaces where they feel safe to talk, ask questions and report the abuse.

To encourage reporting of these cases, we need an environment that is free of discrimination. There needs to be a gender-friendly and gender-equal society to curb the biases. The girl children, who are more susceptible to violence, should be empowered not just financially but emotionally and socially.

Programmes like takeovers when girl children are exposed to leadership roles are important. We are taking forward the same concept with the child clubs where female leadership is prioritised.

Also, we lack a system where we punish the perpetrators, not legally but socially. Parents and guardians back out of reporting or filing a case, worrying about their image in society. So, there is a fundamental lapse in the system.

So how does the council address them?

According to the Act Relating to Children, there are five things made mandatory at all local units–have separate child rights committees; have their standard operating procedure for child rights; have child rights officers; a child fund; and have a social service provider and a child psychologist. So, the council’s three-year and five-year plans are structured to establish, maintain and regulate these five aspects at all local units. But first, we are working to clarify the concept among all within the system and set up a working mechanism.

Moving forward, we will be setting up online database platforms–Child Protection Information Management System (CPMIS) and Child Rights Information Management System (CRIMS)–to bridge the gap within all tiers of the system. Both the system will help not just the officials but individuals learn about the database of the children in real-time, analyse the problematic factors and the trends. This will encourage an open governance system and help policymakers create an evidence-based planning mechanism for all plans, at all levels.

Other than that, we want to set up a child helpline system in all districts, child search and rescue service in all provinces, and organise an inclusive 275-member children’s assembly annually, run online open courses for individuals to get certified training on child rights.

And, I hope to see the council as an apex body for child rights in Nepal and a leading, exemplary body in entire South Asia.

But, from the council’s predecessor Central Child Welfare Board to the National Child Rights Council, how has the institution changed and what are its roles?

The establishment of the council honours the UN Convention on the Rights of the Child and stands as a dedicated body to work on child rights and its related subjects as per the Act Relating to Children, 2018. The Council now operates as a decentralised, federal organisation with committees at different tiers, working in child welfare, with a more sustainable approach in comparison with the erstwhile board.

The changed system has also given the council access to dialogues and discussions with the Ministry of Women, Children and Senior Citizens (MOWCS), enabling us to have active participation in the policy and decision-making process. And, it has also given locals access to local committees for quicker, solution-oriented access.

The council has three major working areas. First, it now stands as a policy advisory board and facilitates the provincial and local-level committees to form their guiding policies. Next, it works as an authority to facilitate the local committees and stakeholders in their capacity as well as resource building. Third, it stands as the national operator for the child protection system.

What are the challenges the council is facing in that pursuit?

The challenge I would say would be about policies. For the council to work to its fullest, we need a revised policy, which has been drafted but not approved. The government has also not financially supported the organisation as needed. We are running on a budget of Rs 70 million annually, which is half of what we require. An upgrade in the budget can facilitate 42 per cent of Nepal’s population, yet it is not the government’s priority as of now.

Another challenge is the lack of human resources. And, we are overburdened sometimes to address all the issues and complaints we receive. The next hindrance is the improper mobilisation of the human and physical resources, because of which we cannot maximise our output.

Minister Uma Regmi appoints daughter-in-law in SWC, is searching for another job for son 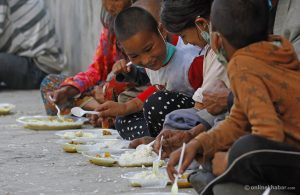 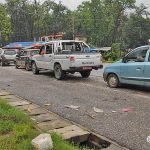 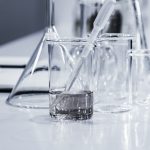