Nepal’s stateless people: This is how the withdrawal of the citizenship amendment bill was undesirable 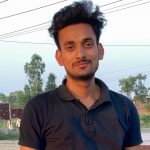 Sketch for representation: Many Nepalis have been deprived of citizenship due to problems in the citizenship law.

Raju Prajapati, 21, a permanent resident of Birgunj, expresses his disappointment over the government’s decision to withdraw Nepal Citizenship Act Amendment Bill. He is eligible to get citizenship as his father is a Nepali citizen by birth and his mother is a citizen of descent. Both of his grandparents are also citizenship holders.

On July 8, Home Minister Bal Krishna Khand submitted a proposal of withdrawal for the pending citizenship amendment Bill, which was tabled on August 7, 2018, by the then CPN-UML government. The proposal was passed by the majority in the lower house. The proposal was submitted as per the cabinet decision.

Now, these citizenship seekers have a long struggle to go through as the withdrawal was apparently undesirable.

Waste of time and money

The withdrawal of the bill has converted almost four years of economic and human resources into waste. The State Affairs Committee held 34 meetings whereas its subcommittee held nine meetings, which cost more than Rs 1.3 million.

But, a significant number of media just limited themselves to disseminating the information, quietly observing the injustices. The ethnocentric garrulous civil society and their human rights defenders prevented themselves from speaking up when their interest is not directly involved. Had it been concerned with the lives of high-caste Hindu elites from the hills, the whole media, civil societies, human rights defenders, political party youth organisations and lawmakers themselves would have made it a headline of the day.

But, thanks to their apathy, everything has gone to waste.

Now, the government is planning to bring another similar bill and pass it before the tenure of the House of Representatives ends before November. But, people doubt their intention. How could a bill, which had not been passed for more than three years, will be passed within three months?

This sounds beyond our lawmakers’ capacity.

“Citizenship is man’s basic right for it is nothing less than the right to have rights,” a former chief justice of the US, Earl Warren, has rightly commented. One cannot even imagine exercising dozens of fundamental rights without it.

Otherwise, the government can simply avoid fulfilling its duties towards them if they are not citizens. These stateless people cannot register birth, buy or sell land, compete for higher-level examinations for positions in government offices, file for a change of address, acquire a passport, open bank accounts, register for voting and cannot even get a sim card.

Article 15 of the Universal Declaration of Human Rights (UDHR), 1948, mentions each individual has an undeniable and indivisible right to nationality, which builds a sense of identity for him/her. Nepal is a signatory state to UDHR. Hence, the Constitution of Nepal in its article 10 states that no citizen of Nepal shall be deprived of the right to obtain citizenship.

Moreover, Nepal has ratified International Covenant on Civil and Political Rights (ICCPR), 1976. How can an individual enjoy their civil and political freedoms when they are not recognised as citizens by their own state? The country’s laws and involvement in international treaties and conventions merely remain as a collection of words for those who are stateless and whose life is full of uncertainties.

Reasons for being stateless

The state’s ethnocentric approach and patriarchy are the major reasons why it is still what it is. They are explained below:

In Nepal, historically, high-caste Hindu elites have dominated in all spectrums of social life. Dr Hari Bans Jha writes, “Till the 1950s, Madheshi people were treated as aliens in their own land. Until 1958, the black Madheshi required a passport-like document before entering Kathmandu.”

The constitution in 1962 made ‘Nepali origin’ and ‘ability to speak and write in Nepali’ mandatory to obtain Nepali citizenship on basis of naturalisation. Government officials interpreted ‘Nepali origin’ as the pahadi (hill) origin. Most Madheshis did not speak or write the Nepali language, so they were deprived of citizenship.

The 1990 constitution not only repealed the provision of citizenship by birth but also made it mandatory for non-citizenship holders to stay for 15 years to qualify for citizenship. The Centre for Economic and Technical Studies in the early 1990s conducted a survey, which showed around 16 per cent of sample households of Madheshi were not recognised as citizens.

After the 2006 democratic movement, the provision of issuing citizenship on basis of the birth was however revived. But in the present context, the children of those who obtained citizenship by birth are not given citizenship though guaranteed by the constitution of Nepal.

The high-caste Hindu elites from the hills have perceived those stateless people to be Indians, which is partially true. Some Indian citizens have illegally obtained citizenship in Nepal, but that does not mean the government can restrict millions of its own Nepali citizens from exercising their rights. The government has to arrange strict mechanisms while issuing it.

Patriarchy has been the system of the world. Nepal is obviously not an exception. Women were regarded as objects of men. There had been discrimination in multiple areas on the basis of gender.

In patriarchal Nepal, Nationality and citizenship are traditionally inherited from the father. If a father is either unknown or has moved away, the children are left stateless. They do not get citizenship on the basis of their mother’s name. In 2015, Forum for Women, Law, and Development (FWLD), estimated over 4 million people living in Nepal in a state of statelessness. The number has sharply increased.

Nepal has ratified the Convention on the Elimination of All Forms of Discrimination against Women (CEDAW), making itself obliged to end all forms of discrimination against women. Due to a lack of appropriate federal laws, women are discriminated against. This goes against various fundamental rights enshrined in the constitution.

Husain is a Kathmandu School of Law student.