The Ministry of Foreign Affairs made public a report highlighting its achievements of the past year, on Sunday.

Foreign Affairs Minister Pradeep Kumar Gyawali made the report public amid a press meet in Kathmandu this afternoon.

In the report, the government has claimed it improved ties with both neighbours, India and China.

Point-wise, these are highlights of the achievements claimed by the ministry: 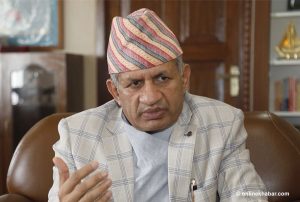