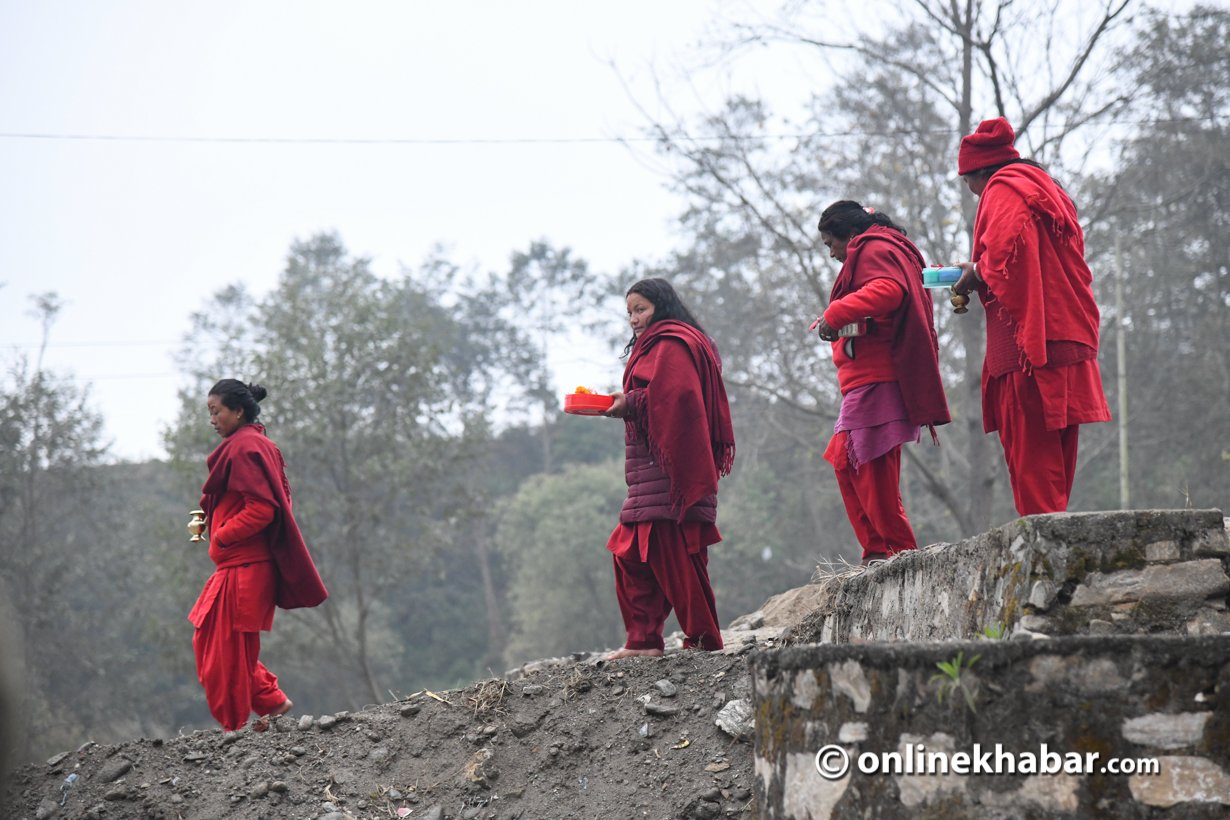 Every year, around 300 people stay on the bank of Shali Nadi in Sankhu of Kathmandu to observe the monthlong Swasthani brata festival, in the hope of having their wishes fulfilled. Whereas the sojourn itself is full of hardship, the devotees also travel miles on foot as a continuity to the centuries-old tradition.

Devotees consider this mass pilgrimage, which begins on the 13th day of the monthlong ritual and ends on the 27th day, an important part of their worship. Though many of the pilgrims do not know why they travel from Panauti on the east to Pharping on the west, old people share an interesting story behind the tradition.

On the 13th day, the devotees first reach Bajrayogini Temple at Sankhu, on foot. Thereafter, they reach Pashupatinath Temple in Kathmandu on the 14th day of the fast, and Shesh Narayan Temple in Pharping the next day. Then, on the 19th day, they reach Triveni Ghat in Panauti and finally, on the 27th day, they go to Changunarayan in Bhaktapur. On each of the trips, everyone has to take a bath at each of the destinations, do puja, and come back to Sankhu the very day to spend the night. 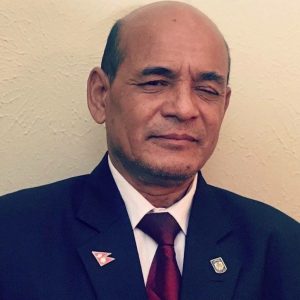 According to a local historian of Sankhu, Prakash Man Shrestha ‘Sakwo’, the ritual of walking originates in an ancient book titled ‘Manishail Mahabadan’. “There, it is written that Lord Vishnu (Narayan), who was the creator of the universe was once powerless and at that time, he came to Sankhu. There, he worshiped Goddess Bajryogini as Goddess Swasthani, where he took fast for 30 days, with 12 days of tirtha (pilgrimage), nine days for worshiping water resources and nine days worshiping the snake kings. After that, he got reinstated as the omniscient power of the universe. Following his footsteps, the followers started observing the fast for penance and getting their wishes.”

On why to go to the four places on foot during this period, Shrestha says, “To complete his fasting ritual on the 30th day, Lord Vishnu needed a few items. For which, he first reached Pashupatinath to collect ekmukhi rudraksha, then to Pharping to collect golden lotus flowers, after that to Panauti to collect 108 types of flowers, and to Changunarayanto to collect rice grains from the Satyayug. He made the trips on foot. Pilgrims today make the same trip during the one-month long fast.”

The historian further talks about the last day of the fast. “Lord Indra came to Sankhu and he took responsibility to organise a puja. Lord Vishnu was also accompanied by the seven sages (Saptarshis) to grace the process. His vehicle Garud was also present to carry Lord Vishnu and the sage Narad Muni came to recite Swasthani Katha. And honouring this tradition, today we have seven men as representatives of the seven sages, one who recite the story, over the microphone these days. Likewise, we have another man as a representative of Garud who carries Lord Vishnu’s idol.”

Adding to this, he also talks about why the rituals today are performed under the name of ‘Madhav Narayan‘, rather than ‘Vishnu’ itself. “Vishnu Puran has a few stories on how Lord Vishnu is related to Goddess Swasthani. There it is stated that both Lord Vishnu and Goddess Bajrayogini have 12 names for 12 months of a year. Their names for the 10th month (Magh) are Madhav Narayan and Swasthani respectively. This is also the reason why their forms are worshiped together this month.” It means Madhav Narayan Jatra and Swasthani Brata are almost synonymous. On a separate note, the Swasthani Brata festival also shares similarities with Teej and Shrawan month fasting that Nepali women take, according to him. In all of these festivals, the story of Goddess Parvati and her long fast to get Lord Shiva as her husband are referred. On this,  Shrestha says, “The stories get interconnected because Parvati’s fast and meditation for ‘Shivawati’ was very long. She was advised by Lord Vishnu to do the Swasthani Brata to get her wishes to get fulfilled. She took fast for Teej, Shrawan, and Swasthani to achieve that, so we can see the connection there.” 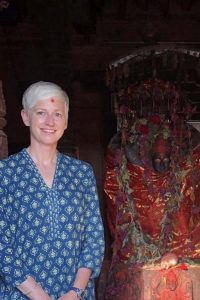 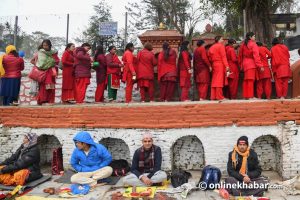