Some Nepalis are adopting the ‘zero waste’ idea. Environmentalists are happy and hopeful It has been seven years since the family of Shashi Tulachan, a 65-year-old woman residing in Pokhara, has last produced more than one bucket of waste in one year.

Tulachan used to run a radio show called ‘Hamro Pokhara Ramro Pokhara’ (Our clean Pokhara) on a community radio then. “On that show, we would talk about the environment and various issues surrounding it,” enthusiastic Tulachan shares, “Around 2012, I happened to learn about zero waste. Therefore, I researched a lot about it on the internet before practising it on my own.”

“Actually, the habit of reducing waste was inbuilt in me years before I knew about zero waste,” she claims. She was different from other people who would rush with sacks full of mixed garbage to keep them outside the house after they hear a whistle from waste collectors.

Tulachan,  who has a family of three members, her husband, son, and herself, adds, “I always tried to minimise the waste as much as possible. Also, I rarely use plastic bags. If I have to use it, I make sure I reuse it.”

Tulachan can be a rare example, but not alone. Environmentalists say the idea of zero waste is getting popular in Nepal although at a nominal stage for now, and they are hopeful that it helps the communities make their house and surrounding clean.

“After learning about principles of zero waste seven years ago, I rigorously adapted the zero-waste lifestyle,” Tulachan says, stressing, the idea, however, does not mean reducing the amount of waste to a complete zero as it is not possible practically.

Jayanti Sharma, 25, from Pokhara, has also been following this approach of minimalistic lifestyle thoroughly since the Covid-19 lockdown in March 2020. Sharma, a graduate of environmental science, shares, “I have been applying the theory learned in classes to real life. I am working with an organisation and  my ward to provide awareness on zero waste.”

According to Dhundi Raj Pathak, a solid waste management specialist, “Zero waste is a long-term vision or an ideal state, rather than a practically possible thing. If one walks towards that vision, they shall understand that they are on the right path of integrated waste management.”

The idea of integrated waste management also includes provisions for landfill and other measures as the level of waste production cannot be reduced to zero, he says.

Environmentalist Rajan Thapa views zero waste can be understood from two perspectives: not producing any waste, and managing the waste produced in an integrated and sustainable way so that it will have no harmful impact on the environment.

Tulachan claims she has implemented it in her life. “I never use plastic bags while going to the grocery or any kind of shopping. I sew cloth bags on my own by utilising what is already there at home and carry them with me while shopping.”

She adds, “Even when some guests bring us gifts in plastic bags, I mostly return the bag to them. As there is no small child in our home, we buy very little packaged food and try to buy loose (unpackaged) grocery items.”

As per the idea of zero waste, managing byproducts of waste is more important than stopping production, Pathak views. For example, while peeling vegetables, there come byproducts such as vegetables’ skins and peels, etc. “Households having cattle can easily manage such ‘waste’ by giving them to the animals as food. Else, one can compost them.”

Corroborating this, Thapa says, “Zero waste is only possible when we start utilising the waste as resources.”

Hence, the first mandatory step to reach the zero waste goal is to segregate the waste at the source level as per their nature, asserts Pathak. It means the waste that can be managed within the house should be managed there itself either by reusing or recycling, adds Thapa.

This includes making compost and biogas via biogas power plants on a small scale.

Tulachan says she is managing the waste at her home itself. “I mostly grow vegetables in our kitchen garden and make compost as well from the biodegradable waste. Then, I give containers of shampoo and toilet cleaner, and iron waste to recyclers.”

But, this is not possible everywhere, thus such segregated waste should be collected separately and the transportation of such waste should also be managed in separate vehicles. This will prevent the waste from mixing, hence reusing and recycling are easy, Pathak suggests.

After that, infrastructures and technologies for processing such segregated waste should be established. “Technolgies differ from one type of waste to another,” he says, “For the biodegradable waste, we can make compost and generate biogas on a large scale and commercialise it.”

In addition, Thapa puts forward the concept of 5Rs (refuse, reduce, reuse, recycle, and recover) as another key step to making the environment clean. In such a way, Pathak believes, “there will be some minimal waste to dispose of in the landfills.”

More than 55 per cent of waste in the Kathmandu metropolitan city and about 60 per cent of waste in other municipalities are decomposable. However, the main challenge is to manage the plastics waste, which is not naturally biodegradable, according to Pathak. Even the management of some recyclable plastics is also not economically and technically practical as its volume is huge, says Pathak.

Thapa thinks that co-financing by the government and private companies to invest in the manufacturing of biodegradable plastics could be a  possible solution.

This approach of integrated waste management is equally applicable in both the urban and rural areas, believes Pathak. However, the way of management can be a bit different, he adds.

He elaborates that waste management at the source, hence zero waste, can be more possible for rural areas and suburbs. But, for big cities, waste management should be carried out in a centralised way on a large scale. Also, the source or the polluters should be responsible and there should be partnerships of government, people, and private sectors, according to Pathak.

Thapa feels the approach of zero waste is already being practised in villages, therefore, the stakeholders should be focused on applying this approach to urban areas.

Back to Pokhara, Shashi Tulachan also says she would be happy to see more of younger people following her way of life. 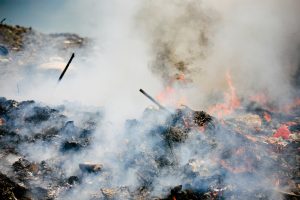 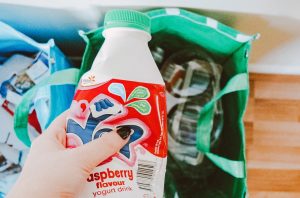 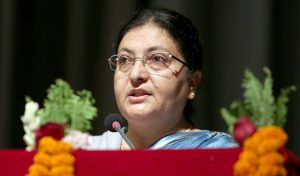