Following the recommendation of a team commissioned by the Ministry of Culture, Tourism and Civil Aviation to introduce a two-day weekend system in Nepal, some experts and stakeholders say this is unimplementable.

They argue the system is already tested in the country a few decades ago and was discontinued later after realising it was not much productive.

Lalbabu Pandit, a former general administration minister, says the country’s bureaucracy will collapse if this decision is implemented. He claims the bureaucrats made this recommendation while forgetting their duty to the country and its people.

Former chief secretary Bimal Koirala says making staff work for 40 hours a week as recommended by the International Labour Organisation will be very difficult if the two days are made holidays. He says the government had tried to make 9 am-5 pm as the office hours while opening them for just five days a week in the past, but implementing that was next to impossible.

“If the staff have a commitment to work, you can give them as many holidays as two days a week. But, who will monitor if they are at the office for the entire hours?” he questions.

A joint-secretary in the Ministry of General Administration agrees, “Forget what happened in the 1990s or 2000s. After the outbreak of Covid-19, we decided to open offices in two shifts. Did you see anyone working in the morning shift?”

Whereas the task force has concluded that the two-day weekend system reduces the government expenses, Koirala says the past experience does not support that claim.

Likewise, economist Posh Raj Pandey comments the new system cannot make any substantial impact on the economy of domestic tourism although its revival has been the main objective of the system. 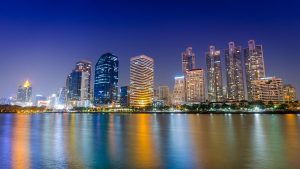