Six numbers you ought to know about plane crashes in Nepal

The Tara Air Twin-Otter plane, which crashed in Myagdi on Wednesday morning, was the

to have crashed inside Nepali territory. The number of people, who have lost their lives in plane crashes in Nepal, now stands at

The ‘worst crash’ ever in Nepali aviation history claimed 167 lives. The Pakistan International Airline Airbus A300 crash took place on The first person to have died in an air crash in Nepal, lost his/her (records don’t indicate gender) during a crash in Simara on August 30, 1955. The Kalinga Air VT-AZX was the second aircrash ever in Nepal’s history. The first crash recorded took place on May 7, 1946 when a British Royal Airforce Douglas C-47 Skytrain crashed in Simara. There were no fatalities.

Of the 59 planes that have crashed in Nepal so far, 21 were Canada-made De Havilland DH-6 Twin-Otter planes. The plane has been attributed to making air travel accessible for people living in remote areas. But its safety record has been patchy, mostly due to Nepal’s weather conditions, and human error.

The month with the highest number of crashes is May. Of the 59 crashes, nine of them took place in May, followed by July with 8 crashes so far.

Nobody shot down this and five other Nepal Airlines Twin Otters 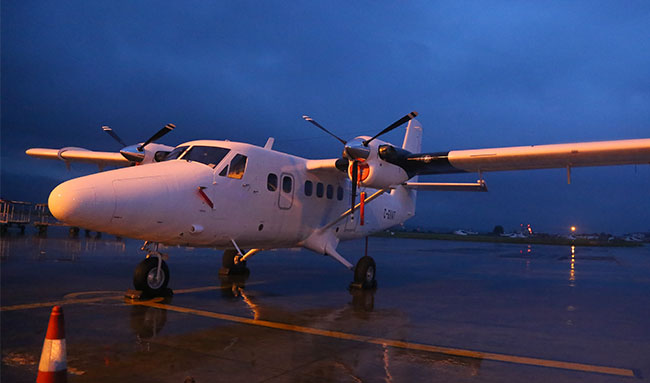 The bird was a twin-otter made in Canada