A Sita Air plane made emergency landing at the Faplu Airport after adverse weather conditions prevented it from touching down at the Lukla Airport, the gateway to Everest.

The plane (9NAAHR), which was carrying 17 people, including 12 foreigners, from Kathmandu to Lukla had to be diverted to Faplu, officials said.

According to police, the aircraft’s wings have been damaged. All passengers are safe.

Spring season sees tourists from around the world come to Nepal to visit the Himalayas and Lukla  Airport is considered the main entry point for mountaineers headed for Everest. 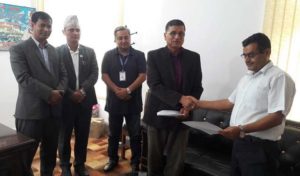 Windstorm throws life out of gear in Kathmandu Valley