With a participation of over 60,000 people, the latest edition of Itilahne Samyak Mahadaan concluded at Nagbahal of Patan on Thursday. The festival takes place every five years, meaning the next will happen in 2025.

Samyak Mahadaan is a collective event where the people from all over Kathmandu Valley, mostly Newars, come together. The festival has over 700 years of history; it is believed that this year’s mahadaan (literally meaning ‘great sacrifice) was the 53rd edition.

Currently, the festival is managed by the Hiranya Varna Mahabihar (the Golden Temple) where they call upon various Buddhist deities and offer them all kinds of grains, majorly rice and wheat, money and fruits.

How it went this year

The festival was almost over a week of celebration. It starts from the day when yashi (a holy ceremonial pole) is erected at Nagbahal; for this year it was on February 20. The aajus (elders of the community) with other members of the community then went around the valley to invite the deities and their caretakers for the festival. On Wednesday, the caretakers with all the deities reached Mangalbazaar of Patan. There, 146 statues of deities, small and big, entered the place at around 7 pm. The order of procession was already decided as per the traditions.

This year, for better organisation, the statues of the deities were numbered and lined up starting from Basundhara, followed by Dipankar Budhha, Arya Tara, Awalokiteshwor, informs Rubin Shakya, a local involved in the festival’s management. The small statues were carried by the people on small chariots while people themselves carried bigger ones.

The festival really incorporated people from all communities, the locals say, adding it was not as restricted as a festival of just local Bajracharyas and Shakyas as claimed by a few. In the festival, it was the responsibility of Rajkarnikars to make the food [daan roti], which they started weeks ago. Likewise, Chitrakars were responsible to draw the gates from where the deities enter from. On the day, Rajopadhyaya gurus recited chants from a holy book to welcome the deities when they entered Mangalbazaar while Maharjans welcomed them as per the rituals, informs Lok Man Shakya, promotion coordinator, and deputy treasurer for the festival management committee. The deities were then carried to Nagbahal at around 11:30 pm on Wednesday and placed around the courtyard for the main event. On Thursday, from the wee hours of the day, people started thronging the place to give their offerings to the deities.

The event ended at around 5 pm Thursday. Soon after, the deities were carried back, in the same order, to their respective places.

About 300 volunteers and 50 security personnel were mobilised to manage and control the crowd of people that had reached the venue on both days. The story behind Samyak Mahadaan

It is believed that the first Mahadaan event was organised by Bhari Bharo, a Thakuri king and son of King Bhaskardev, around 700 years ago. He was a poor king and a Buddhist follower who cared deeply about his people. However, being in his position, he could not share their poor economic status.

He then started collecting guintha (bundles of cow dung) and storing them in his storeroom, away from everyone including his wife, to make them think he has riches there. The curious wife found a key and looked into the room where she found heaps of gold and riches. The king also found the riches and realised it was his devotion and faith in the Buddha that gave him such wealth. 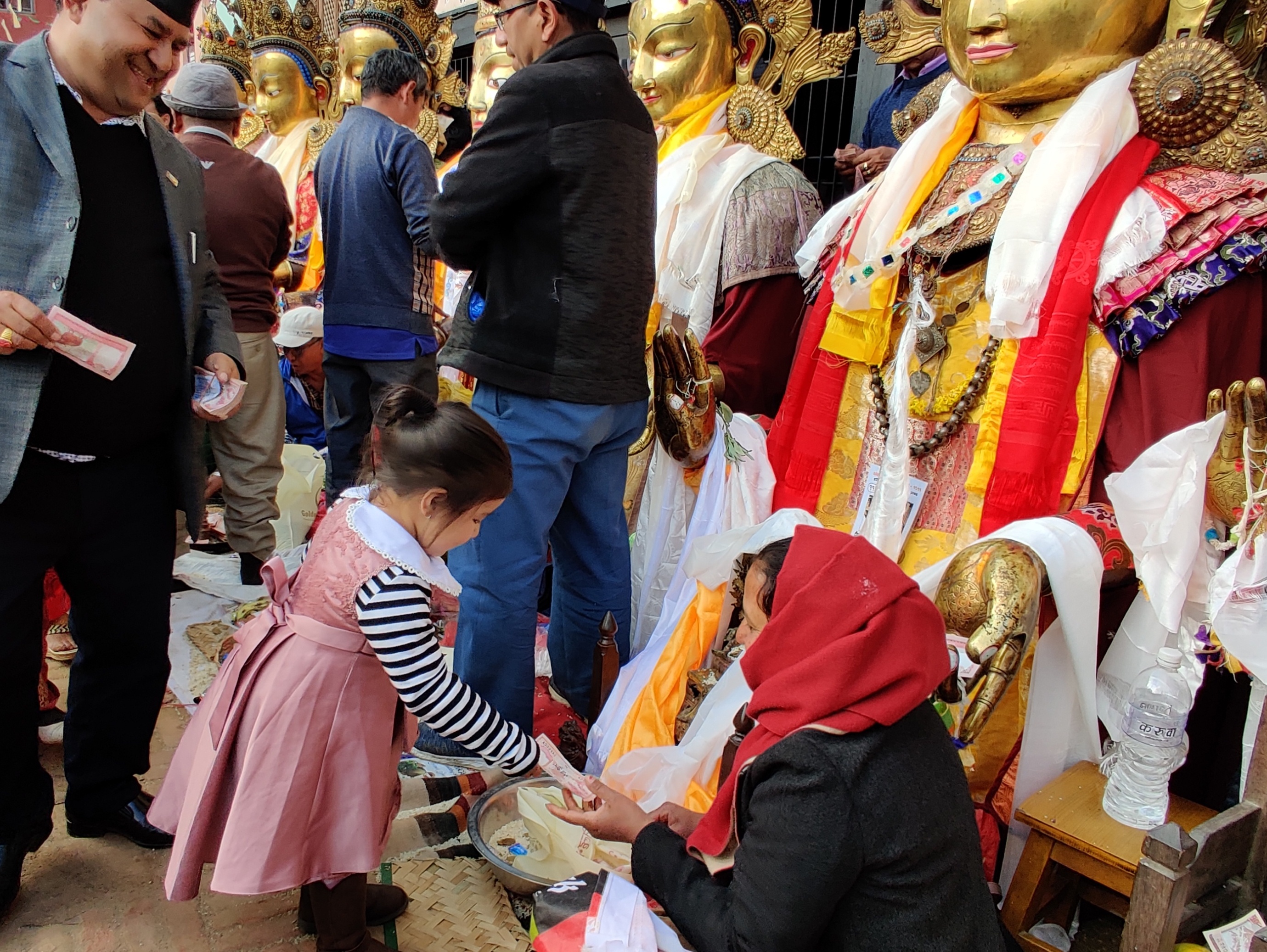 Bharo then decided to call upon the deities from around the valley and gave them the offerings as a way to give back to society. Since then, the festival started being organised annually on Phalgun Shukla Tritiya and Chaturthi (third and fourth days of the waxing moon in Phalgun) as a way to commemorate the king’s gesture.

For this year, the Hiranya Varna Mahabihar Organising Committee collected over Rs 2.8 million for the festival. It received a commitment of Rs 500,000 each from the Lalitpur Metropolitan City and the Nepal Tourism Board for the festival, informs Sujit Shakya, the coordinator of the committee. The festival will now conclude after the yashi is pulled down next Monday. It will be safely stored to use for the next Mahadaan event. The very next day, the organising committee along with the members of the Hiranya Varna Mahabihar will also be going to Jalbinayak for a concluding puja.

The festival, since it is organised every five years, is not well-known among youngsters and many of the other people, worry the organisers. However, with increased press coverage and other promotional activities, they say the festival received an overwhelming response from all sides this time.

Despite the overwhelming participation and increased awareness, the organisers yet do not feel that they will be able to organise the festival annually again; the revenue collection is not enough yet. Similar Samyak Mahadaan event is held every year in Bhaktapur and every 12 years in Kathmandu. 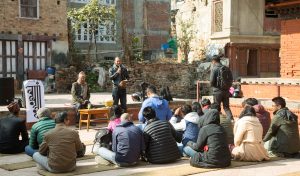