President Bidya Devi Bhandari has summoned the next session of the House of Representatives to begin from coming Sunday, March 7.

Earlier, a cabinet meeting held this morning had decided to recommend the commencement of the session from that day. A statement issued by the President’s Office says the president called the session by endorsing the cabinet decision.

Rejecting Prime Minister KP Sharma Oli’s decision to dissolve the House, the Supreme Court on February 23 had told the government to reinstate the House and commence its meeting within 13 days. Coming Sunday marks the 13th day of the verdict.

The first meeting of the session will take place at 4 pm that day at the Parliament building, Naya Baneshwar. 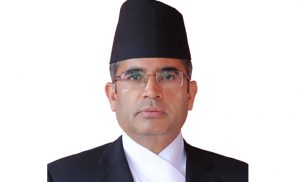