On August 29, a YouTube channel named Himal Online TV published an interview titled “German ra Italy kai vigya harule corona bare yaso bhane, aba ke hunchha?” [German and Italian experts themselves said this about Covid-19, what happens now?] with one Surajeet Dutta, who was identified by the interviewer as a social activist. The video is currently trending at number 35 on YouTube in Nepal. It has already been viewed more than 123,000 times until September 5, 2020.

In the interview, Dutta speaks in length about Covid-19 and makes several claims.

On his Facebook profile, Dutta has identified himself as the “National-Secretary of Anti-Corruption Movement”. Many people have also reacted to the interview that Dutta shared on Facebook.

South Asia Check has examined six of his claims.

“Currently, the mortality rate for Covid-19 is 0.001%, Medical data proves that there is no need to panic.”

The World Health Organisation (WHO) has said it is currently difficult to accurately determine the death rate for Covid-19. Two types of measures have been used to assess the proportion of infected individuals with fatal outcomes. The first is the infection fatality ratio (IFR), which estimates the proportion of deaths among all infected individuals. The second is the case fatality ratio (CFR), which estimates the proportion of deaths among identified confirmed cases. IFR could provide the actual mortality rate, however many infected individuals might not report the infection because they are asymptomatic or have mild symptoms. It is because of this, the mortality rate that is being measured at present is based on CFR and might be lower when measured by IFR later.

According to the WHO, the currently reported infections and deaths give rise to widely variable estimates of CFR by country – from less than 0.1% to over 25%.

CFR can be measured by dividing the number of deaths from the disease by the number of confirmed cases of disease multiplied by 100. According to this measure, the mortality rate from the data as of August 31 is 3.36 per cent.

“Bill Gates had already registered a patent for a Covid-19 vaccine.”

Rumours that US billionaire and Microsoft founder Bill Gates has patented a Covid-19 vaccine have been circulating on social media for some time. Various international media outlets have already fact-checked this. According to a fact-check report published in the USA Today on March 27, The Pirbright Institute, a recipient of two grants from the Bill and Melinda Gates Foundation, had in 2018 received a patent right for a coronavirus that could potentially be used as a vaccine against respiratory diseases in poultry and pigs, but neither The Pirbright Institute nor Bill and Melinda Gates Foundation has patented the novel coronavirus.

Besides this, a fact-check report published by American fact-checking website PolitiFact stated, “We looked through all of the patents assigned to both Gates and his foundation by the United States Patent and Trademark Office. As of now, none of them has to do with the novel coronavirus.”

Based on these facts, Dutta’s claim is wrong. First, Dutta got the year of Bill Gates’ Ted Talk wrong. It was 2010, not 2015. Bill Gates did not propose vaccination “to control 10 to 15% of the global population” as Dutta claimed. On the 2010 Ted Talk posted on the popular platform’s website, Bill Gates said, “First, we’ve got population. The world today has 6.8 billion people. That’s headed up to about nine billion. Now, if we do a great job on new vaccines, health care, reproductive health services, we could lower that by, perhaps, 10 or 15 per cent…” Gates’ assertion that the world’s population growth rate could be reduced by 10 to 15 per cent, as the world’s population is growing rapidly, has been misinterpreted.

Gates has been linked with the issue of depopulation for some time and multiple false claims have been made on social media. Snopes, a fact-checking organisation in the US, has debunked many such claims related to him.

Hence, the claim Dutta made by misinterpreting Gates’ statement is also false.

“You need to breathe in the open space to strengthen your immune system. When you wear a mask, we rebreathe the exhaled air. (In that process) 8,400 ppm of carbon dioxide is inhaled and this makes the body acidic. So wearing a mask is dangerous.”

Many studies have shown and suggested that trees affect our immune system directly by increasing the number and activity of natural killer cells – immune cells, according to an article on the BBC website. Similarly, a simple walk outside can raise one’s immune system and stay indoors exposes them to all sorts of germs, according to another article in the Huffington Post.

Doctors say there’s no scientific evidence to establish that wearing a mask increases carbon dioxide inhalation and affects our body. Advocate Lutheran General Hospital’s Director of Infectious Diseases, Dr Robert Citronberg said that this is a myth and there is no scientific evidence that wearing a mask would cause people to inhale carbon dioxide and harm us.

Infectious disease specialist Dr Anup Subedee also said it is not proven that wearing a mask will harm our health. “If wearing a mask is harmful, then doctors who are on the frontline would be harmed the most as we wear masks from morning to evening. People who spread such falsehood should be discouraged,” Dr Subedee told South Asia Check.

“Thailand’s Department of Disease Control published an infographic on April 17, 2020, which showed there is no evidence that prolonged use of masks can result in the changes of human blood’s pH [a scale that specifies acidity or basicity] balance,” according to a fact-check report by the AFP, an international news agency. Similarly, PolitiFact reported that wearing a mask does not decrease oxygen intake, does not shut down immunity, and doesn’t increase toxic inhalation.

According to experts and other reports, there is no scientific basis to prove that wearing a mask is harmful to the body. Therefore, this claim of Dutta is also wrong.

“People are using sanitisers (as protection against Covid-19). What’s in a sanitiser? How does it affect us? This part (palm) of our hand is sensitive. There are many good germs here that protect our body. Various scientific studies have shown whether these good germs survive or die when we use sanitiser. Sanitiser weakens us.”

According to the US Centre for Disease Control and Prevention (CDC), using a sanitiser with at least 60% to 95% alcohol kills germs on the hands and stops the spread of germs.

Sanitisers do not kill all kinds of germs and at the same time also kill the germs that are beneficial for the body, as per an article on Popular Science. The benefits of using hand sanitiser to prevent Covid-19 far outweigh the potential risks to our skin’s microbiome, according to the article.

Infectious disease specialist Dr Subedee also stressed the need for using sanitisers saying, although they kill some good germs in human hands, sanitisers are helpful in the fight against the current pandemic and in saving lives.

“Antibiotics also harm the body to some extent, but we prescribe them because curing the disease is more important. The same is true for sanitisers. Even if they kill some good germs, they do not cause much damage and increase the chances of saving lives,” he told South Asia Check.

While Dutta’s claim is correct that sanitiser kills the good germs on our hands, its benefits outweigh the disadvantages.

There has been a lot of research on whether sugar is beneficial for our body or not. But researchers are not unanimous on the impact of this condiment.

The American Heart Association recommends consuming nine teaspoons daily for men and 6 teaspoons for women (excluding natural sweeteners from fruits and other foods). Some studies have suggested that high sugar intake can lead to obesity, diabetes, and heart disease, but it is also important to consume limited amounts of sugar as it provides energy to the body.

An article in the British Journal of Sports Medicine, based on rat research, claims that refined sugar has the same effect on the brain as the drug (cocaine). But some other researches have shown that sugar doesn’t have such an effect. One study on the effect of sugar on rats found that the addiction-like behaviours that are seen are only if the animals are restricted to having sugar two hours every day; whereas if they are allowed to have it whenever they want it, these behaviours aren’t seen.

An article published in The Guardian states that the effect cannot be claimed with certainty. Many researchers and physicians have suggested that sugar interacts with the brain like a drug, while others say that it only damages teeth. Others have reported that sugar can be as harmful as drugs if consumed in large quantities.

Thus, based on various studies, no concrete conclusions can be drawn regarding the effect of sugar and it is misleading to claim that sugar is seven times worse than cocaine only based on the research on rats.

The article first appeared on the South Asia Check. 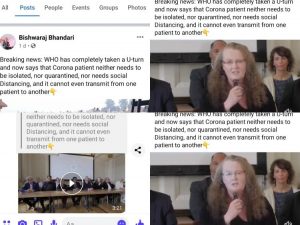 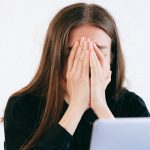 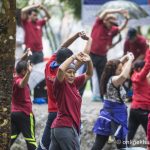 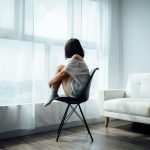 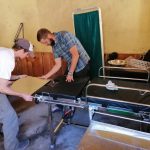