Construction works underway to open a restaurant at the Narayanhiti Palace Museum, in Kathmandu, in January 2022. Photo: Chandra Ale

The Ministry of Culture, Tourism and Civil Aviation has formed a committee to look into a recently surfaced dispute about opening a restaurant at the Narayanhiti Palace Museum premises.

Whereas the government has already postponed the project after it came into controversy, the ministry also formed a committee to find out if the agreement to let a private company open a restaurant there was legal.

The panel’s head Luintel says the committee has been mandated to study the legality of the rent agreement and the plan to open a restaurant and submit a report. 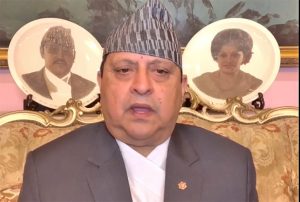