Sharma’s statement comes at a time when many leaders of the ruling Nepal Communist Party have claimed the opposition party did not cooperate in making appointments at various constitutional bodies. Currently, there are 39 vacancies in 10 constitutional commissions.

The Constitutional Council, comprising representatives of the both sides, is mandated to recommend names for the positions whereas the president shall appoint them.

Sharma says the ruling party has been unable to finalise various pending issues when the opposition’s involvement is not necessary.

“Provinces have not been named though there are NCP governments. Leadership positions at various universities are vacant,” he says, “Therefore, blaming the opposition for indecision is wrong.”’ 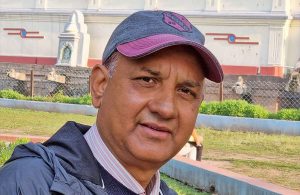