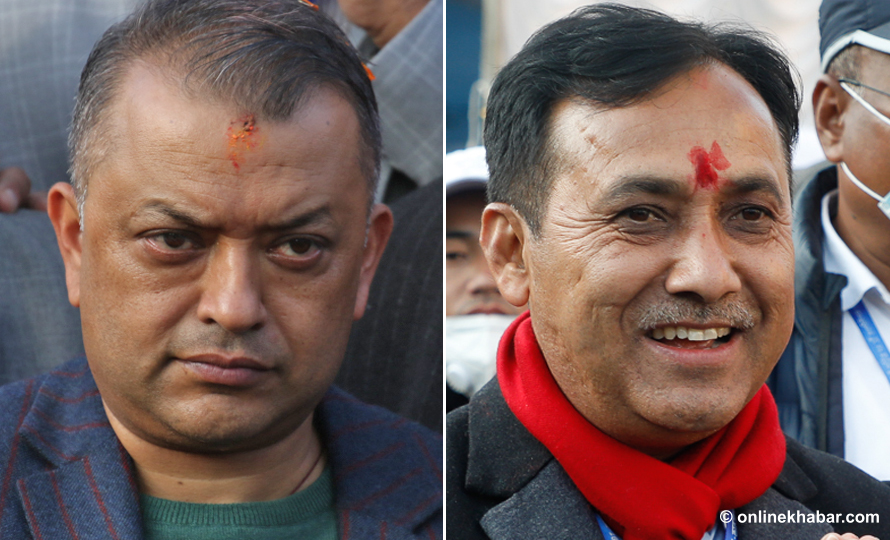 During the election held on Monday, the two leaders won the positions by defeating Prakash Sharan Mahat, Pradeep Paudel, Minendra Rijal and Rajaram Karki, according to results of the vote count concluded on Thursday.

As per the Nepali Congress election committee, Thapa and Sharma secured 3,023 and 1,984 votes respectively from among the 4,682 votes cast.

Thapa had announced his candidacy on behalf of the panel led by Shekhar Koirala whereas Sharma was supported by the presidential candidate Prakash Man Singh. Koirala has been defeated by Sher Bahadur Deuba in the election for the top position whereas Sharma and Singh supported Deuba in the run-off.

Before this, the election committee has already announced that incumbent Sher Bahadur Deuba has been elected the party president for the next four years. Likewise, Purna Bahadur Khadka and Dhan Raj Gurung have become elected vice-presidents.

The committee is yet to count votes of the elections held to elect eight deputy general secretaries and over 150 central committee members.