Nepal U-23 team on Tuesday defeated the Bangladesh U-23 in a friendly match played at the ANFA Complex in Satdobato.

Nepal’s skipper Bimal Gharti Magar scored the decisive goal in the 20th minute of the first half before sustaining an injury and being replaced by Bishwash Shrestha.

Magar had utilised Anjan Bista’s pass to make the decisive score of the match.

Nepali had played the friendly as a part of preparation for the AFC U-23 Qualifiers slated for July 15-19 in the United Arab Emirates. Nepal are in Group D along with the hosts UAE, Uzbekistan and Lebanon. 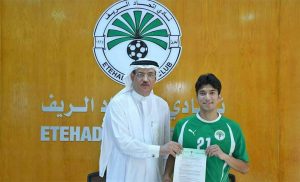