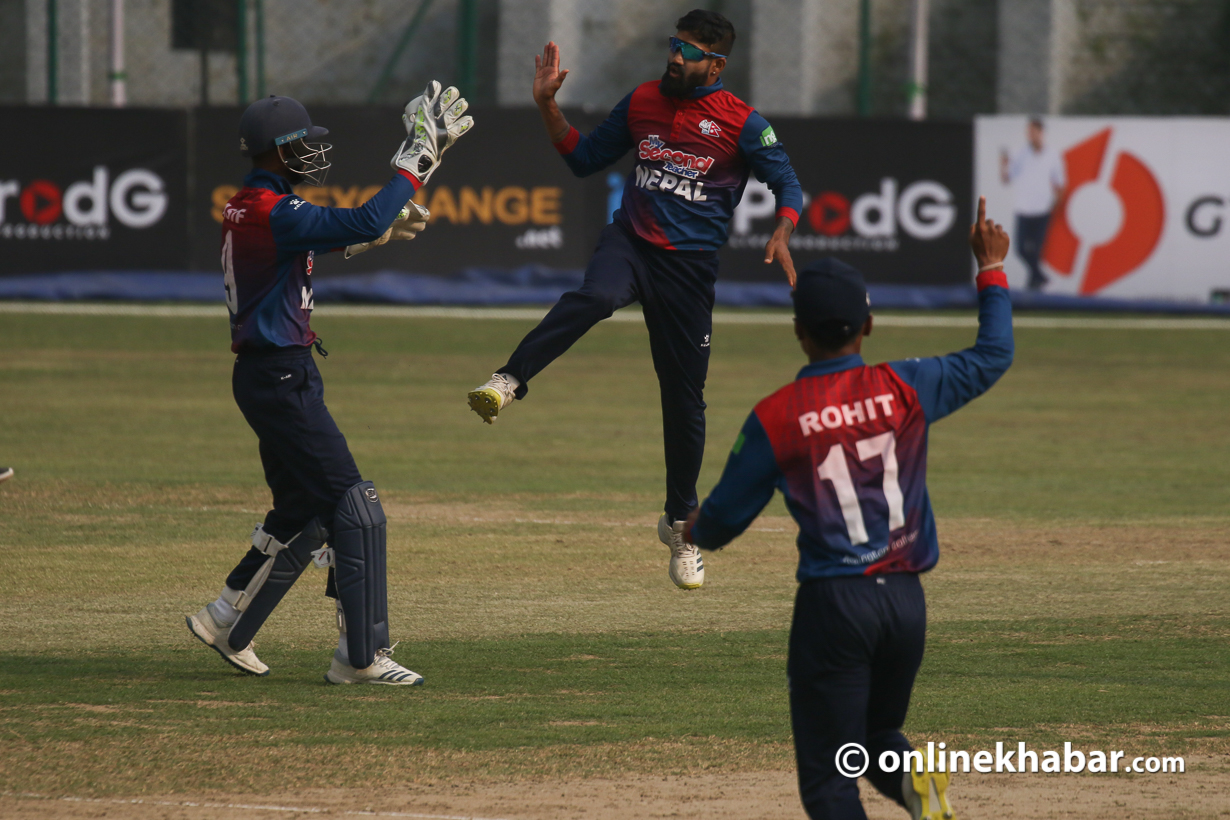 Nepal’s cricket governing body, the Cricket Association of Nepal, has announced the Nepal squad for a bilateral series with Zimbabwe A.

A 23-member Nepal cricket squad has been announced for the ODI and T20 series, each involving three matches, with Zimbabwe A team. The matches will be played in Kathmandu from April 30 to May 9.

Nepal’s U-19 team allrounder Basir Ahmad has been included in the team for the first time. Meanwhile, Sunil Dhamala and Binod Bhandari have made their comebacks.

Gyanendra Malla and Sharad Vesawkar are not in the team as the Nepal cricket team have already undergone a sea change in terms of the generation of players.

The Zimbabwean squad has already been announced.