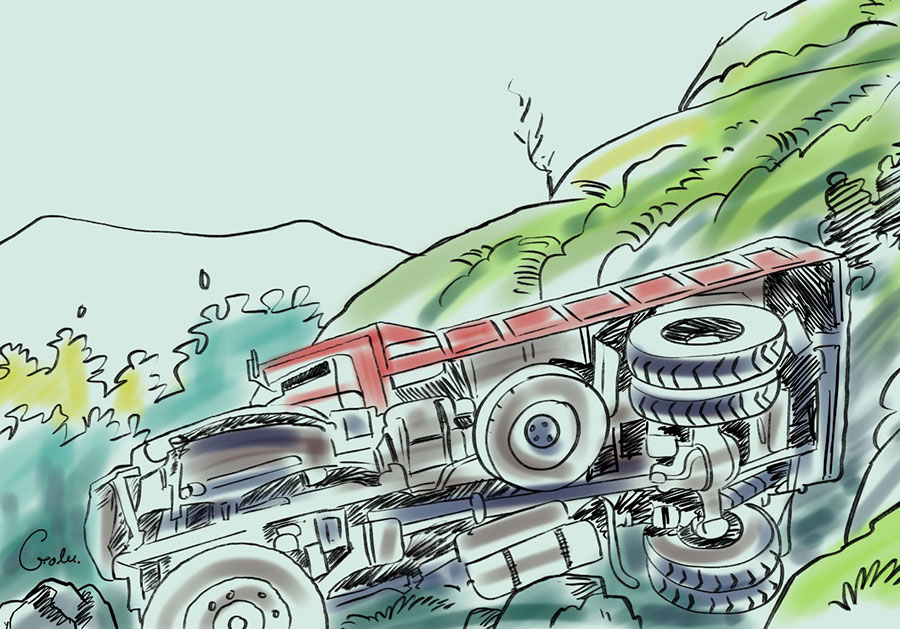 The truck owner and driver died when the truck (Ga 2 Kha 658) fell off the road while returning from Nilgirikhola Hydropower Project, the District Police Office shares.

The truck had fallen some 60 metres off the road.

The doctors had declared both the critically injured dead immediately after they were taken to Beni Hospital from the accident site.

Police have started an investigation into the incident.