Murarka wants to invest in hydropower, but he can’t. Five reasons Pashupati Murarka is President of Federation of Nepalese Chambers of Commerce and Industry. His business interests are in paints, steel, cement, vegetable ghee, edible oil, iron rod, angles, GI and HB wire. Murarka, who heads Murarka Organisation, says he is keen on investing in hydropower, in fact he has already invested in a few projects such as Modi Khola (20 MW), Parbat.

Talking to Onlinekhabar about his experience in the hydro sector, Murarka highlighted the reasons why the private sector is reluctant to invest in hydropower: Murarka says that Nepal’s policymakers in the energy sector act as if Nepal already has enough hydropower, and that they are doing an investor a favour by issuing licences. “When it comes to electricity, Nepal is starving, but the policies do not reflect this,” he says. The power purchase agreement template is a case in point. After reading the document, you don’t feel like signing it; it is not in favour of the investor. The government rate for power trading, effective for 25 years, is too low. If we can import power from  India at a higher price, why can’t we raise the government rate? According to Murarka, investors have to deal with bureaucratic hassles at every step from applying for a licence to conducting the project’s Environmental Impact Assessment (EIA), acquiring land to signing a power purchase agreement with Nepal Electricity Authority. The government needs to have a ‘one-window’ policy so that all permits that a project needs can be received from one place.

NEA is a government body that is involved in generation, distribution and trading of power, says the FNCCI president. Whenever an investor seeks bank financing for a project, the bank considers the application only after a power purchase agreement has been reached with NEA, the only entity in Nepal to do so. NEA is also responsible for building a transmission line required to connect a project to the grid. The government needs to ‘unbundle’ NEA so that there are specialised agencies to carry out specialised tasks.

Whenever word gets out that a private party is planning  to invest in a hydro, local people see it as an opportunity to make demands. They want the investor to build schools and hospitals. For a private investor, a hydropower project is an ‘industry’ meant to generate profit. But the locals should understand that if a project is established in the area, locals will automatically get jobs, and the local economy will thrive. For example, due to a project we invested in, local farmers, who used to sell vegetables at Rs 5/kg, are selling vegeables at Rs 40-50/kg. The hydropower sector is one of the riskiest to invest in right now. The ownership of the project has to be transferred to the government 25 years after it starts generating power. But due to the risks, an investor can reach break-even point only after five-six years. The investor can start earning profit only after that. Businesspeople tell me that instead of investing in hydropower, they’d rather buy a building in Kathmandu and rent it out so that they have a regular source of earning. If the government extends the lease period, investors can feel more secure.

We asked Murarka: You are the president of FNCCI, an organisation that can lobby with the government. What has the government response been like? 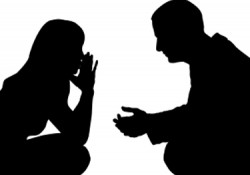 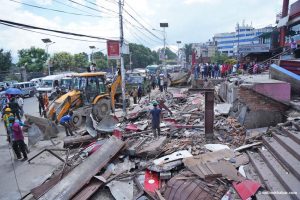 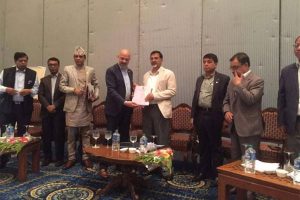