Good morning. Here’s a summary of important, ignored and interesting reports from Monday evening to kickstart your Tuesday morning. 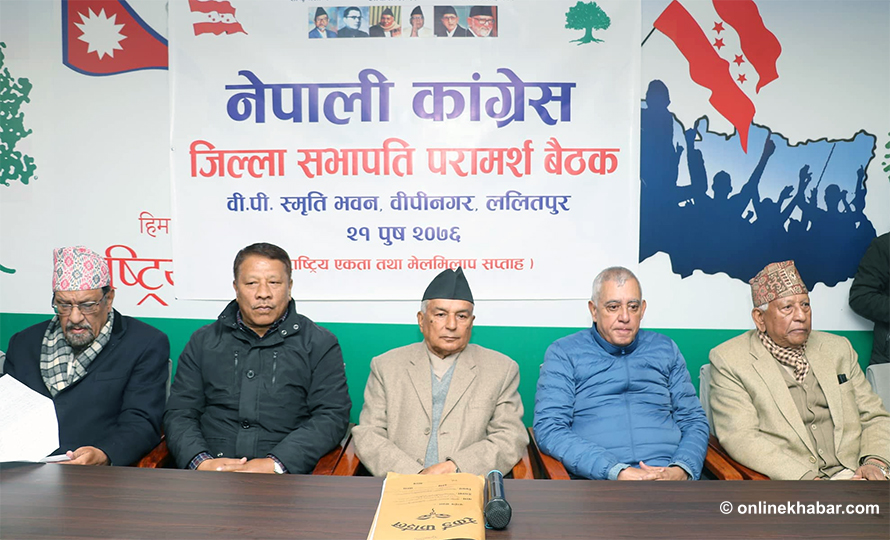 Leaders outside the Sher Bahadur Deuba camp have protested against decisions taken by the recent meeting of the Nepali Congress Central committee in their absence. Party leaders from various districts, who held a meeting with senior leaders Ram Chandra Paudel and Sashanka Koirala, said that the central committee’s decision to fix a date for the party’s general convention was not acceptable. The party’s Sindhupalchowk district chief Bikash Lama said that the district chiefs of the party reject the party’s decision. “No is above the party statute. But he forced the central committee to pass decisions against the spirit of the statute, he said following a meeting of around 50 district chiefs in Kathmandu.

Samajwadi party co-chair Upendra Yadav has accused Prime Minister Oli of trying to emulate Hun Sen, who has served as the Prime Minister of Cambodia since 1985. Yadav says that under the ‘Hun Sen model’ Oli is trying to squeeze media houses that criticise him and promote media houses that support him. He said that  Oli is bent on controlling social media as well. Oli wants to impose the model under which the country will have a democratic system, but everything will be under the control of the party that is in power. To do that he will exercise control not only in the media but also in the bureaucracy and the judiciary, said Yadav. Nepal’s home minister Ram Bahadur Thapa, who is on a visit to China, has held a meeting with China’s Public Security Minister Zhao Kezhi in Beijing. The two leaders are learnt to have discussed border security issues as well as sharing of information. During the meeting, Thapa reiterated Nepal’s support for One China Policy and that Nepal will not allow any anti-China activities on its soil. Members of rival football clubs exchanged blows after a tense encounter in the A Division League on Monday. Players from Manang Marshyangdi and Machhindra clubs were engaged in a brawl following a 2-2 draw. Police had to intervene to put an end to the brawl. The government has tabled a bill in parliament to enable Nepali trains to run on foreign soil. The bill was prepared ahead of the launch of the newly upgraded Nepal-India railway line, officials said. Similarly, it envisions the creation of a railway board in Nepal to oversee railways.