A woman has been found dead inside his house in Bhalangtar, Gadhi rural municipality-2, Makawanpur, on Monday.

The victim has been identified as Shree Maya Gole, 46. Following the incident, police have arrested her husband, Dev Raj Gole, 46. 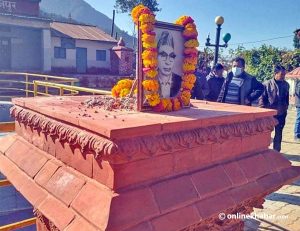