Whenever someone comes up to Raj Gyawali to ask him about Kathmandu Kora, it brings him joy. The annual cycling event that he started with the aim of raising awareness about cycling has been his baby for the past 12 years. So whenever he gets the chance to explain it, he does so with a big smile on his face.

“I wanted to build a community of cyclists in Kathmandu. A decade on, I think I can proudly say that I have been able to do so,” says Gyawali as he is preparing for the 12th edition of the Kathmandu Kora that will take place this Saturday.

His phone is constantly ringing as people from all over Nepal are calling him to ask if they can do the event in their cities. There are even instances where two groups from the same cities are asking to do the event separately. Things are hectic, but he is loving it as it is proof that the event is gaining more popularity every year.

“The number of people taking part is rising every year. And, we are trying to do something new every year to ensure that the event isn’t boring,” he says.

Bhaktapur is one place that is doing its official Kora for the first time. The coordinator of the event, Sunil Kyaju, says over 200 participants will take part in the event this year, which has been divided into 50, 75 and 100 kilometres respectively.

“The plan was to do what people in Kathmandu did and offer a new route for people who wanted to venture out of Kathmandu and Lalitpur,” says Kyaju.

He says they did one last year in Bhaktapur and expected only 10 people to show up. But, to their surprise, 60 people came for it, which gave them the confidence that they could do their own event this year.

“We also want to promote cycling within the city. We want to make our city pedestrian-friendly and peddle-friendly at the same time and hope it becomes a tourism product in the long run.”

Kyaju adds Bhaktapur Kora is a little different and argues may be more challenging than Kathmandu. He says there are a lot of uphills and most of the trail is off-road with little to no vehicles plying there.

“We want to make things interesting for people and I hope we can continue doing this for years to come,” says Kyaju.

This is exactly what Raj Gyawali and Sailendra Dongol, the president of Cycle City Network, who played an integral role in organising Kora since it started had hoped for. Watching Kora grow from Kathmandu to nearly 20 cities in Nepal and three cities in the world makes him happy as he feels this has contributed to better cycling practices.

Gyawali says this has even given novice riders a chance to learn from better riders and connect with them.

“When will they have a chance to ride with better riders? Never. Because they have their own group and during races, all they’ll see is the rider’s backside. So events like Kora can be a good learning experience for novices who I’m sure would have learnt a lot from people like Sailendra, Rajesh (Magar), Ajay (Pandir), Laxmi (Magar) and Nishma (Shrestha),” he says.

The organisers say that this is why they do not put restrictions on anyone who is interested in hosting Kora in their city. The only restriction is people have to register themselves on their website or app and the organisers of the city cannot take any money from the participants.

Gyawali says he feels that it has become some sort of a jatra (festival). Wanting to emulate the chariot procession during Newa festivals, they have not even changed the route as they want it to remain a constant for years to come.

“We started with the aim of building a community, making it festive and fun. These factors are the reason for our growth,” he adds.

Read also – Kathmandu Kora: When riders ‘get religious’ through cycling

But, every year, they try to do new things. In 2019, they tied up with Himalayan General Insurance and insured every rider who registered with Kora. Gradually, others have also come on board to help them. Cycle shops are offering discounts left, right and centre while B&B Hospital is planning to offer a 20 per cent discount on its services for those who register with Kora.”

“It feels nice when organisations come and help. As we grow, we want the ecosystem to grow with us,” says Gyawali.

This year, they want to promote women in cycling as they are planning to ensure that all the events – 50, 75 and 100-kilometre events – are led by women.

“Small things like these go a long way,” he adds.

The event has come a long way since it started in 2011. The number of riders has increased from 35 in 2011 to 3,200 in 2019. However, it declined in 2020 and 2021 due to the Covid pandemic. Nevertheless, now with the pandemic looking subsided, the team is looking at over 3,000 participants who will cycle not just in Kathmandu but all over the world.

“Yes, world,” says Sailendra Dongol. “Last year, many local and international cities including Geneva and Singapore took part in the Kora. We had a team there to do it. Moreover, this year, Perth is also interested. I’m sure things are going to be grand this year.”

The organisers are working with Nepal Tourism Board and have even put the news out in Turkish Airlines’ newsletter. Gyawali hopes this will help, but for now, he is content with other cities doing it in Nepal.

“What I want is a Kora week where people do Kora from city to city. It might not be practical for many, but we can hope that can happen and this becomes the country’s major tourism product.” 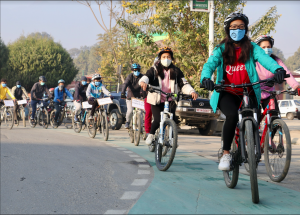 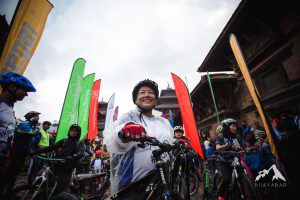 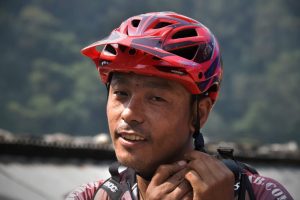 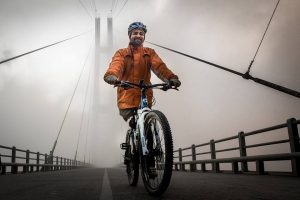