iVertu 5G: Know what Nepal’s most expensive phone has to offer to you

For the first time, England’s luxury handmade mobile phone, Vertu, has made its way to Nepal with iVertu 5G, probably the most expensive mobile phone available in Nepal so far.

Founded back in 1998 as a wholly-owned subsidiary of the Finnish smartphone maker Nokia, Vertu was sold to a private equity firm while Nokia maintained a 10 per cent stake. However, the journey of Vertu has not been a fairytale, due to which it saw the switch in hands several times over the year.

Today, we will be discussing the latest launch iVertu 5G that has made its way to Nepal and is available for pre-booking at Oliz Store. Let’s find out what this luxury phone has to offer.

The new iVertu 5G features a 6.67-inch AMOLED FHD display with a resolution of 1080 x 2400 pixels. The refresh rate of the phone is 120Hz while it has a pixel density of 395 PPI. The display looks massive as it has a screen-to-body ratio of 87.2%. It has a metallic frame and currently, the user can only have the alligator leather version. The phone also has an in-display fingerprint scanner for biometrics.

Talking about the performance of the phone, it is powered by Android 11 with Virtu’s own VirtuOS and has an Octa-Core Snapdragon 8885G chipset, which probably is the best chipset in the market at the moment.

The phone is backed up by a 4200mAh non-removable Li-Po battery, which supports 55W fast charging, which you will get inside the box. Going to the memory section, you will get 12GB of LPDDR5 RAM and 512GB of UFS 3.1 internal storage.

iVertu 5G has a quad-camera set up on its rear side. The primary is a 64MP camera that is accompanied by another 64MP ultrawide camera, a 5MP macro camera, and a 2MP depth sensor. On the front, there is a 16MP selfie camera.

Vertu phones are considered luxury phones and cost more than regular phones that we get in the market. They have those hefty price tags because of the materials and jewels used in the handsets. The leather used is also pure leather and the packaging of the box will also give you a luxurious feeling.

Some of the phones come in limited editions. Since Vertu smartphones are handcrafted, they also add value to the phone.

However, the latest release of Vertu smartphones is manufactured in China and not in the UK.

The one that is available in Nepal can be found at the Oliz Store, but it has not announced the price of the phone yet. Nonetheless, the phone is estimated to cost between Rs 700,000 and Rs 1 million. 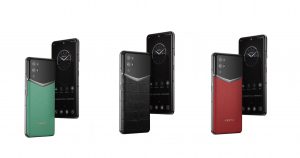 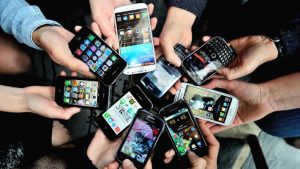