Finally, the wait is over for all the iPhone fans as Apple has launched its latest smartphone, iPhone 13.

Today, we are talking specifically about iPhone 13 Pro Max. it has got some of the best benchmark scores on its performance and some industry-leading features. Cameras, processors, and battery backup have got the major updates in the new iPhone 13 Pro Max.

Although the phone is yet to be available in Nepal, it is sure to excite Apple fans once it comes in, thanks to upgraded features on the phone. Hence, let’s get into the details of the phone.

iPhone 13 Pro Max has a similar design to its predecessor iPhone 12 Pro Max but with some minor changes. The phone has a glass back, glass front, and stainless steel frame. The company claims the ceramic shield has made the glass of the phone tougher than any other smartphone out there.

The phone comes with a 6.7-inch Super Retina XDR OLED display with an adaptive high refresh rate of up to 120Hz. The display will automatically adjust between 10 to 120Hz refresh rate according to the app you use. This is the first time Apple has introduced a high refresh rate display on iPhone. The phone also has the industry-leading IP68 water resistance certification under its belt. The display also reaches a peak brightness of 1,200 nits which can be very handy while using the phone under sunlight.

Another main upgrade on the phone is the camera. The company claims this phone’s camera system has got the biggest upgrade ever. Upgrades in hardware as well as in software make the camera in this phone capture brilliant photos and videos. This phone can be the best camera phone in the market at the moment.

Though it has the same set as the iPhone 12 Pro Max, major updates and amazing new features are added to make the photography and videography of the phone amazing and more professional. There is a 12MP triple camera setup on the rear and there is a single 12MP camera on the front.

iPhones are always known for their brilliant camera quality and this phone is the pinnacle of all other phones. It now not only can capture macro photographs but also macro videos including slow motion and time-lapse. Similarly, the wide camera can capture 2.2x more light for better photos and videos for better low-light photography while the ultra-wide camera captures 92% more light. This time, there is a night mode on every camera of the phone.

There is also a new telephoto camera that features a 77mm focal length and a 3x optical zoom. One of the coolest upgrades of the phone is the cinematic mode. It holds the focus on the subject as they move and automatically adds elegant focus transitions between subjects. The cinematic mode can also anticipate the entry of a new subject on the frame and automatically bring them to the focus. This is the only smartphone on the market that lets you edit the depth effect after you shoot. This can be an interesting feature for all the photographers and videographers out there.

Another cool feature of the phone is it can pre-apply your preferred tone and warmth settings to your photos. You can capture 4K videos up to 60fps from both rear and front cameras.

iPhone 13 Pro Max runs on Apple’s own iOS 15 operating system and is powered by probably the fastest smartphone chipset A15 Bionic. The phone also has an all-new 5 core GPU that is said to deliver up to 50% faster graphics performance than any other smartphone chip. Combining this with an adaptive 120Hz display, the gaming will absolutely be fun. You can enjoy heavy graphic games without a problem.

The battery life of the phone is also supposedly upgraded from the previous generation. It can last up to 22 hours of video playback and up to 95 hours of audio playback. The battery can be charged through a 20W fast charging adapter or a 15W wireless charging.

iPhone 13 series has ditched the 64GB variant and the lowest memory storage the phone has is 128GB. There are also 256GB, 512Gb and a mammoth 1TB memory options. The RAM space on the Pro Max version is 8GB regardless of the storage space.

Differences within the iPhone 13 series

Other differences are given below:

Regardless of what people say about iPhone, it is undoubtedly the most desired smartphone. Always known for its excellent build quality and tremendous feature, the iPhone 13 series has only reached further heights. Though they are late, they have finally managed to catch up with Android phones with a 120Hz refresh rate display.

Already known for their excellent camera quality, the new upgrades have made people more curious and the cinematic mode is definitely something everyone wants to try. The upgrades on the battery cannot be neglected as well. This improvement on the battery will provide more time for the users to perform their creative works on the phone. Backed up by probably the fastest smartphone processor and mobile chip, this phone can perform tremendous work effortlessly.

Also, see the latest price list of iPhones in Nepal. 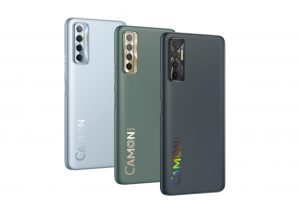 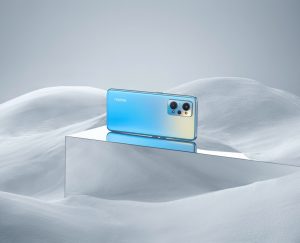